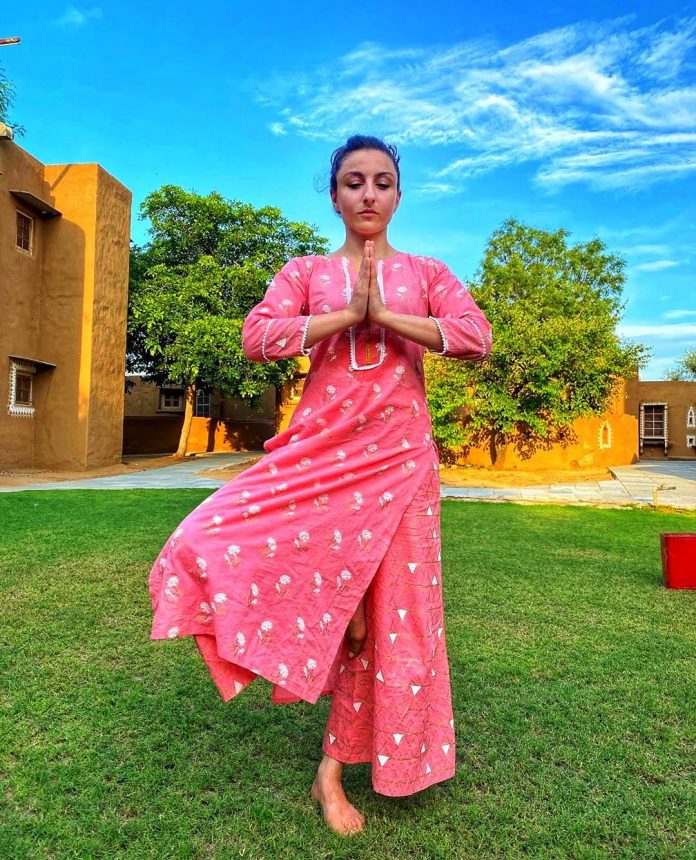 Soha Ali Khan Pataudi Khemu is an Indian film actress who appeared in Hindi, Bengali and English films. She started her acting career with the romantic comedy film Dil Maange More (2004), she got a lot of fame for the role in Rang De Basanti (2006), for which she was nominated for the Filmfare Award for Best Supporting Actress.

She was born on 4 October 1978 in New Delhi, India to the Pataudi family. She completed her schooling from The British School, in New Delhi, and studied modern history at Balliol College, Oxford and earned a Masters degree in International Relations from the London School of Economics and Political Science.

Nowadays lockdown restrictions have been lifted up so many people took the advantage of it and moved to their favourite places for a vacation similarly Soha Ali Khan enjoying her trip to the Maldives and shared a picture in her social media.