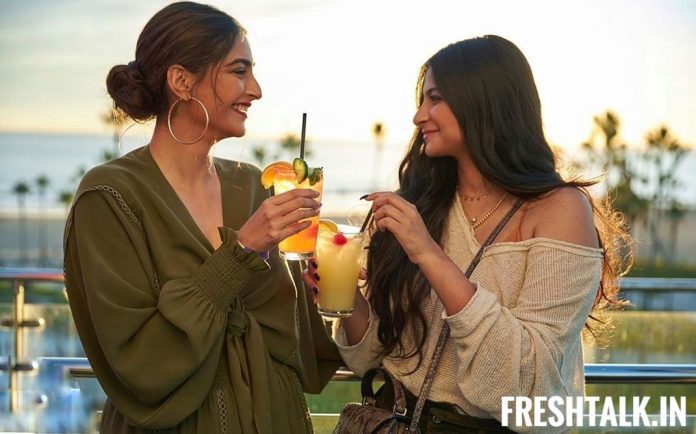 The actress Sonam Kapoor is spending her quarantine with husband Anand Ahuja in Delhi revealed her favourite superhero in a throwback pictures.

From her childhood memories to missing her girl gang and sister Rhea Kapoor, The actress has been sharing amazing old memories.
Recently, the NEERJA actress shared a picture on the internet where she donned her favourite superhero costume which she made herself.

In the picture she shared on Instagram she can be seen dressed in her favourite superhero costume.

Sonam Kapoor is well known for her dressing skills, designed and made the costume herself.

In this adorable snap, the actress can be seen wearing the batman costume along with a cape.

She can also be seen wearing batman socks and her sister Rhea Kapoor can be seen dancing behind her.

By sharing this post Sonam Kapoor writes a caption;

DIY Batman costume for a party that wasn’t fancy dress because he was my favourite superhero.

Also jumping and dancing with my @Rhea Kapoor is still my favourite thing to do. (yes those are batman socks and I was a nerd).