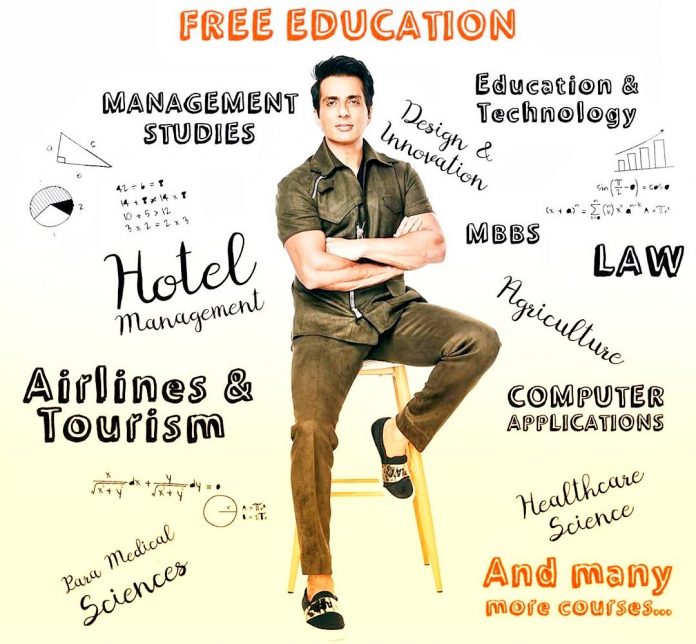 Sonu Sood is an Indian actor. He has acted in many good films in many languages like Telugu, Hindi, Kannada, etc. He was born on 30 July 1973. He got many awards for his acting as a villain.

During this pandemic year, many people were suffered from different problems like floods, COVID -19, Though the government has done its best few of the people were not in a position to get those help provided by the government. Sonu Sood may act as a villain in the film but in real life, he helped many people to overcome their problems. He has been doing his best to help needy.

Aa a part of helping he decided to give the scholarships for the students who are coming from families whose annual income is less than 2 lakhs they can apply for the scholarship.

Their only condition was that their academic record should be good. Finally, he said that everything will be taken by him. He kept the name of his mother Saroj Sood to the program.

Sonu Sood is a person with a golden heart who know the value of education in everyone’s life.