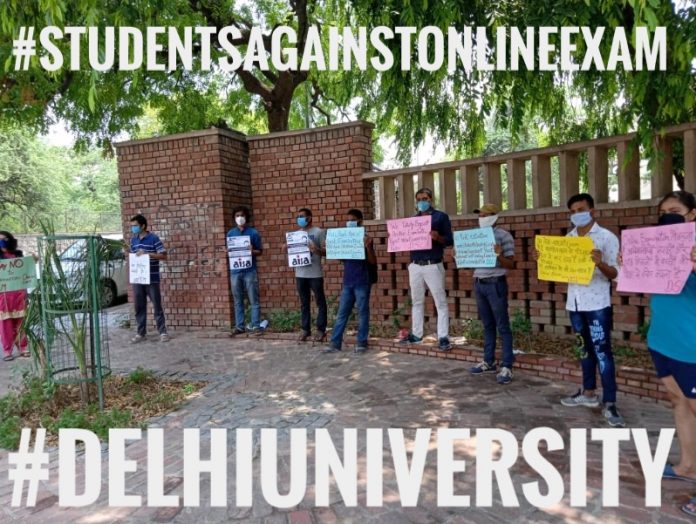 During this pandemic where majority of countries have cancelled the exams for student’s betterment, there are some demands of the students as Indian government has not cancelled everyone’s exams.

Protests were held across the country on Monday demanding the revocation of all examinations and promotion of students. Along with this, students also showed up their protest on social media platforms. For this, the students spoke on Twitter with the hashtag #PromoteStudentsWithoutExams.

All the student organizations including AISA, SFI, KYS, socialist Student Assembly, AIDSO, participated in this protest. The students were also imprisoned by the police in Uttar Pradesh, including Delhi. Although after some time the protesters were released but they accused the police of misconduct.

Similarly, the students who were protesting in the capital of Uttar Pradesh were also detained by the police and took them in a bus. After this incident, all the student organizations condemned it and said that the government was also taking away the right of students to protest. All the students clearly said that in this global pandemic it is wrong and harmful to take examinations online or offline and they oppose it.
In this nationwide demonstration on Monday, the students demanded for three things which are: