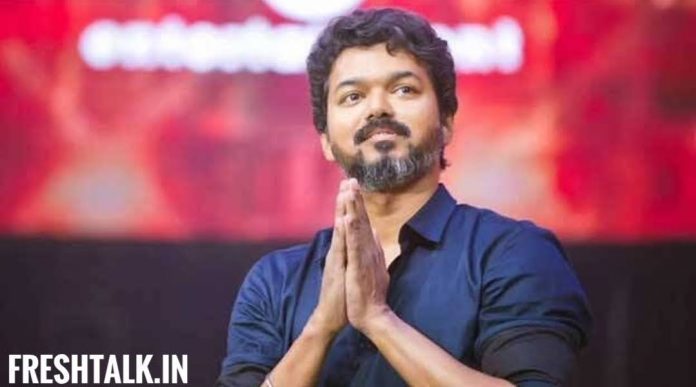 The actor who has given us some most iconic roles, characters & film Vijay turns 46 on 22 June, Monday.

Fans and celebrities take social media to wish their favourite actor a very happy birthday. Social media is all poured with best wishes for Vijay.

Actor Vijay is fondly known as Thalapathy, whose literal meaning is Commander in chief, colonel, a leader or a king is actually a king in the hearts of his fans.

Thalapathy is the biggest & highest-paid actor in Kollywood. He has been included seven times in the Forbes India celebrities 100 lists based on the income of Indian celebrities.

On the occasion of his birthday fans have set Twitter on fire. They are trending the topic with the hashtag – #HBDTHALAPATHYVijay. Fans are sharing pictures and vedios on their social media account.

Whereas Varalaxmi Sarathikumar shared a throwback picture of her with actor Vijay with a short pretty message.

Director Atlee who worked with Vinay in 3 movies posted a picture of himself with actor Vijay clicked during the shoot of Bigil and conveyed his best wishes for Thalapathy. Anirudh Ravi Chandra shared his upcoming movie poster and wished him.

People are waiting for his entry in the box office. His upcoming film Master was supposed to hit the screen on 9 April but Master has been indefinitely postponed due to nationwide lockdown. The film is now likely to release by the end of this month.

Vijay is an action hero and gave back to back hit films like Thirumalai, Ghilli, Thirupachi, Pokkiri. He makes movies keeping his huge fan base in mind.

Thalapathy dialogues have always stuck in the memory of his fans. ‘ All is well ‘ from Nanban which is a remake of 3 idiots has its own level of the fan base.

His rules over millions of heart …And that’s why he is thalapathy in Kollywood.