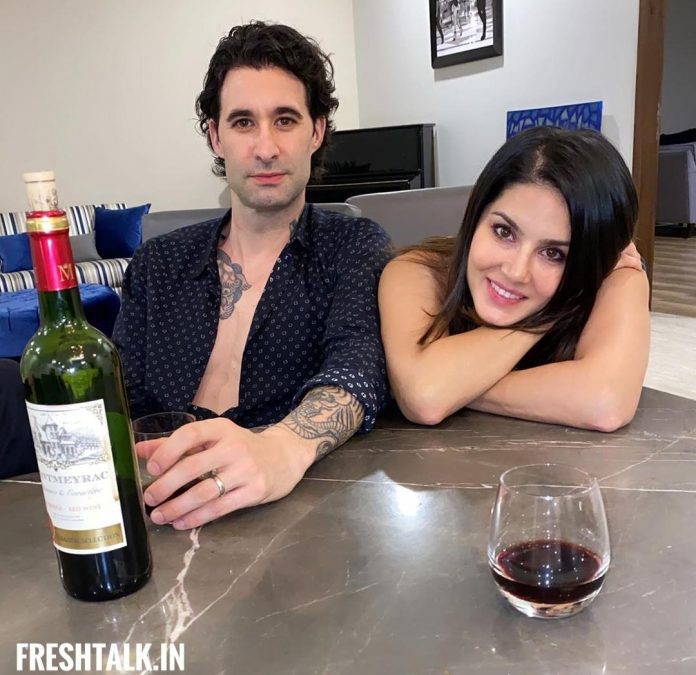 Sunny Leone may be a model and an actress within the Indian film industry. Sunny Leone is her on stage name and her real name is Karenjit Kaur Vohra. She has citizenship of two countries- Canada and The United States. Apart from her the acting career she has been a part of activism campaigns including the “Rock ‘n’ Roll Los Angeles Half-Marathon” to raise money for the American Cancer Society and she also posed for a PETA advertisement (People for the Ethical Treatment of Animals) campaign with a rescued dog, encouraging pet owners to have their cats and dogs spayed and neutered.

Sunny Leone has recently posted a picture of her with husband Daniel on her Instagram handle and captioned it has “Dinner with
@dirrty99 alone after so long!” The picture portrays that the couple is having their quality time after a long time and having fun while
enjoying the dinner. Daniel- husband of Leone also posted the same picture from their recent dinner date. The couple posted a twin post with same picture and same caption. Both tagged each other on their Instagram accounts.

In the picture, both are seen in black outfit and posing in a decent selfie look. Leone got married to musician Daniel Weber in the year 2011. The couple adopted a girl and named her Nisha Kaur Weber in 2017 and by 2018 they were blessed with twin sons- Asher Singh Weber and Noah Singh Weber so in all they have a sweet family with 3 children.