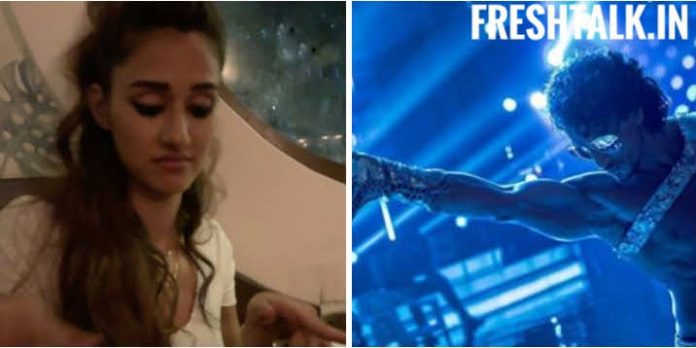 Today, Bollywood star Disha Patani celebrates her birthday. She got a surprise and a special wish from her boyfriend Tiger Shroff. Tiger Shroff posted a throwback video of her happy, enjoying after getting a hearty meal. In that video, Disha is seen at what seems to be a restaurant, grooving to be like it by card.

He wrote in a caption, “3 waffles and 3 pancakes later….happy birthday rockstar.” On seeing the post Disha also commented on the post saying, “Thank you superstar” and dropped several hearty emojis. She is looking pretty in the video. Her curly hair surprised her fans. Tiger’s mother also posted a photo with her on Instagram.

She wrote in a caption, “Happiest birthday deeeeeshu!!! @dishapatani.” It is known by all about the rumours of Disha and Tiger’s relationship have been doing the rounds for a few years now. Yet they have never confirmed their relationship.

While Tiger’s sister on seeing the Tiger’s post saying, “Cutest ever”. Tiger Shroff’s last release was Baaghi 3, which did extraordinary business at the box-office even amid the coronavirus outbreak.

Disha had said about Tiger, “I’ve been trying for so long, it’s been so many years and I’ve been trying to impress him. Now I’ve done this film Bharat where I’m doing all these stunts and I thought maybe he’ll get impressed but no luck. Yeah, we go to eat but that doesn’t mean he’s impressed, not like that like the crush impressed, not like that as the crush impressed, but he liked everybody’s pictures like that. You must speak to him the next time. He’s shy and I’m shy so nobody’s breaking the ice.”