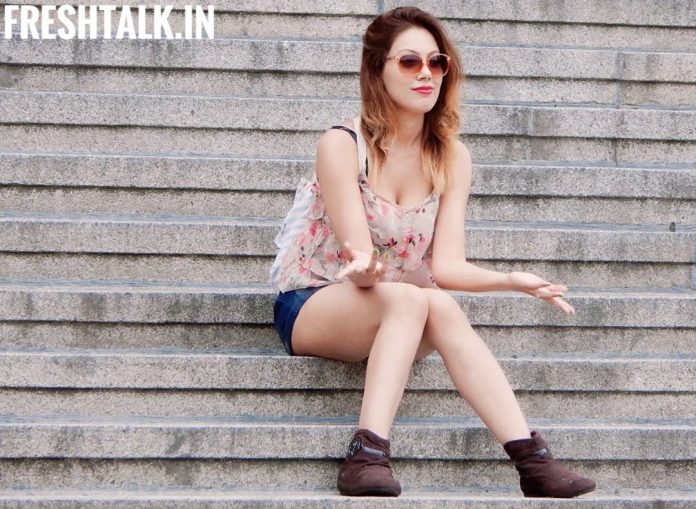 Almost every one of us is still in shock and trying to digest the matter. Many Bollywood stars and fans are posting on Sushant Singh Rajput’s demise. But some of the netizens are criticizing and trolling Sushant’s ex-girlfriend, Ankita Lokhande, his good friend Kriti Sanon and rumoured girlfriend Rhea Chakraborty for not posting anything on their social media handles.

Seeing these types of trolls, the most popular TV show of SAB TV, Tarak Mehta Ka Ooltah Chasma’s star Munmun Dutta lashes out. First, let’s talk about Munmun Dutta. She is an Indian film and television actress and model. She is best known for her portrayal of Babita Iyer on TMKOC.

Munmun Dutta on her official Instagram profile shared a long post to give a perfect answer to those who are abusing Ankita, Kriti and Rhea for not posting any condolences message for Sushant. She is totally shocked over people’s such kind of negative behaviour on social media. Munmun posted a photo of her standing alone and wrote- “This pandemic has affected even the most resilient ones. It has triggered some serious mental health issues, mostly, in the vulnerable ones…But I am more surprised (or should I say not surprised) by our human behaviour on social media. The barrage of insensitive, hurtful, and vulgar comments Rhea Chakraborty, Kriti Sanon or Ankita Lokhande have received since yesterday shows how retarded our society is and how toxic people are on social media.

These girls along with the family members and close friends of Sushant Singh must be fighting their own severe battle and people are adding up to it by harassing them non-stop with their toxic comments. Who are these toxic people? Were u closer to Sushant than any of them???. You knew him JUST by his work. These girls and others have shared moments with him in their lives. So Don’t teach them how to grieve!!! Don’t you dare accuse them of anything? Keep your moral policing to yourself…

This kind of behaviour should be made absolutely ILLEGAL and punishable by the act. People tend to forget that celebrities are humans and such toxic, vulgar, insensitive comments cause great danger to people mentally.

Sushant’s death is a huge blow to the entire country and it has brought forth the glaring problem of depression which is often ignored or not spoken about because of the stigma attached to it or sometimes because of sheer ignorance or insensitivity towards the disease or any other mental illness, as a matter of fact.

Depression is real and one NEVER knows which word or action or incident might trigger it… So If you have nothing better to say, move along… Be kind and sensitive towards everyone.” I totally agree with her. Yes, it is very hurting to see how netizens have targeted them who have been a part of his lives. They should understand the situation which they are dealing right now. As per reports, Rhea Chakraborty and Kriti Sanon attended Sushant’s funeral yesterday to say a final goodbye to the soul. RIP Sushant Singh Rajput.