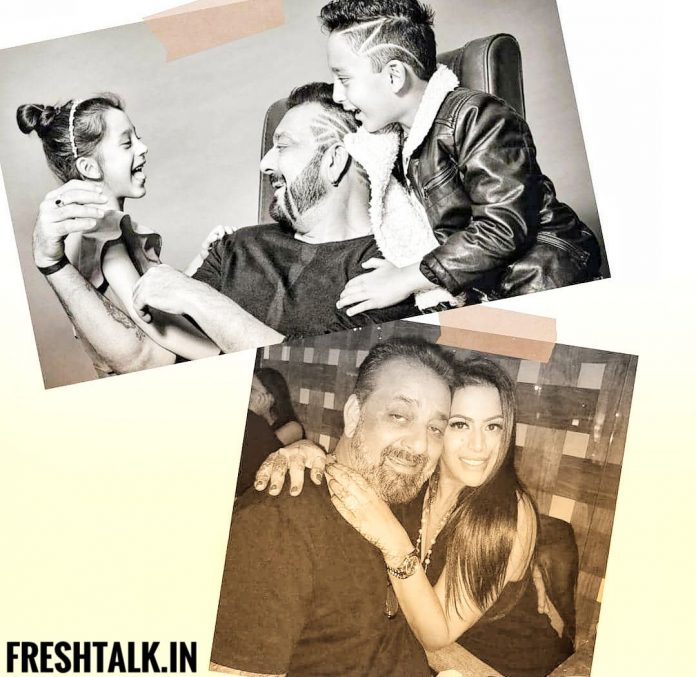 Sanjay Dutt on Instagram recently shared his fanart collection post and Trishala Dutt is loving it. Trishala on his post commented,” looks awesome pops”. She is wowed by the fan portraits of his father from his young career upto now. Not only her but also Sanjay’s fans are excited and nostalgic as the videos show his past roles and his path down the Bollywood industry.

Recently in the 2020 Father’s day, Dutt also posted a heart-warming picture of him expressing to be proud of being a dad. His father had always been his pillar of strength. Hence the promises his children to be also the same for them. Dutt career and life has been a whole impossible at a point in the past but he stood to be a fighter coming back for those who loved and care him. His struggle is as clear as ‘Sanju’. He is thus being the pillar and showing his loves to his children so that they can have a reason to fight back too!