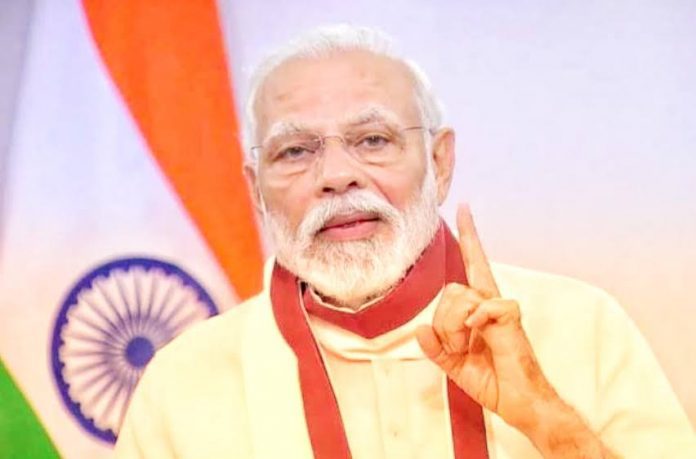 PM Modi during the Corona period on Tuesday, addressed the people of the nation for the sixth time, in which he complimented hardworking farmers and honest taxpayers and also talked about how to stay safe from coronavirus by wearing masks. He also mentioned about one official who didn’t wear a mask in a meeting and was charged to pay fines for not wearing a mask.

PM Modi tweeted in Bhojpuri and Maithali, the two prominent languages of Bihar. He listed his government’s achievements and social protection plans for the poor for the coming months.

Modi in Bhojpuri explained how the extension of free ration scheme will be beneficial for the poor across the country until November. As the NDA will be fighting the polls under the leadership of Bihar chief minister, Nitish Kumar, the PM announced his decision of free ration scheme for the poor who returned back to the state from the lockdown who are going through financial crises.

The PM Garib Kalyan Anna Yojana would cost the government around Rs 90,000 crore, he addressed the nation on celebrating each festival and is allowing extension of free ration scheme till festive season. He also talked about the festival Chath Puja which is celebrated every year in Bihar.

Bihar Assembly polls are likely to be held in November. At least, 243 seats are reserved by the State Legislative Assembly in which BJP is in more power along with its NDA ally Lok Janshakti Party and Janata Dal.