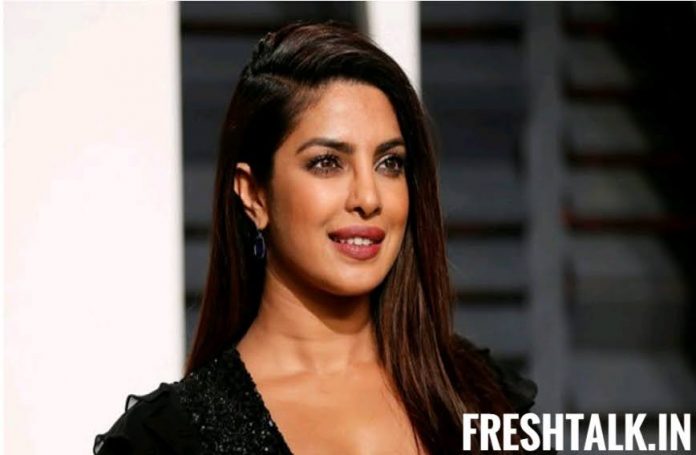 Priyanka Chopra is an Indian actress, singer, film producer, and model who was the winner of the Miss World 2000 pageant and is one of India’s highest-paid and most popular entertainers. She has worked in many Bollywood, Tamil as well as Hollywood movies and series. She is the first South Asian to headline an American network drama series. With such popularity all over the world, in 2016-the government of India honoured her with the Padma Shri. She has also received a National Film Award and five Filmfare Awards.

Recently our desi girl Priyanka Chopra signed a multi-million dollar TV deal with Amazon. Amazon Studios is a television and film producer and distributor that is a subsidiary of Amazon. The content is distributed through theatres and Prime Video, Amazon’s digital video streaming service. Priyanka announced her deal with Amazon through her Instagram post. She posted a Variety Story of her life’s journey and it also included this announcement which says, “It was a general meeting with Amazon Studios head Jennifer Salke that led to the first-look deal.”

While announcing such fabulous news, Priyanka was so excited and it could be reflected in her caption as it says, “YESSSS @amazonstudios, LET’S👏GET👏IT!!! So honoured and excited to finally share this news with you.

Looking ahead, we already have so much on our slate! Big thank you to @jsalke and her team at Amazon for being such great partners, and for sharing in the belief that talent and good content knows no boundaries.

As both an actor and producer, I have always dreamt of an open canvas of creative talent coming together from all over the world to create great content irrespective of language and geography. This has always been the DNA of my production house Purple Pebble Pictures and is the foundation of this exciting new endeavour with Amazon.

And as a storyteller, my quest is to constantly push myself to explore new ideas that not only entertain but most importantly, open minds and perspectives. Looking back on my 20 careers, nearly 60 films later, I hope that I’m on my way to achieving that.

Thank you to all of you who have been a big part of my journey so far. And for those who are just getting to know me, or maybe only recognize me as Alex Parrish from Quantico, I’m excited for you to get to know me better, @purplepebblepictures @variety @marcmalkin .”

In her caption, she narrates her life journey in brief and shares her happy emotions and thanks to all the people who supported her in all her times.

Priyanka Chopra shares ‘Thursdaythoughts’ with her fans on Instagram