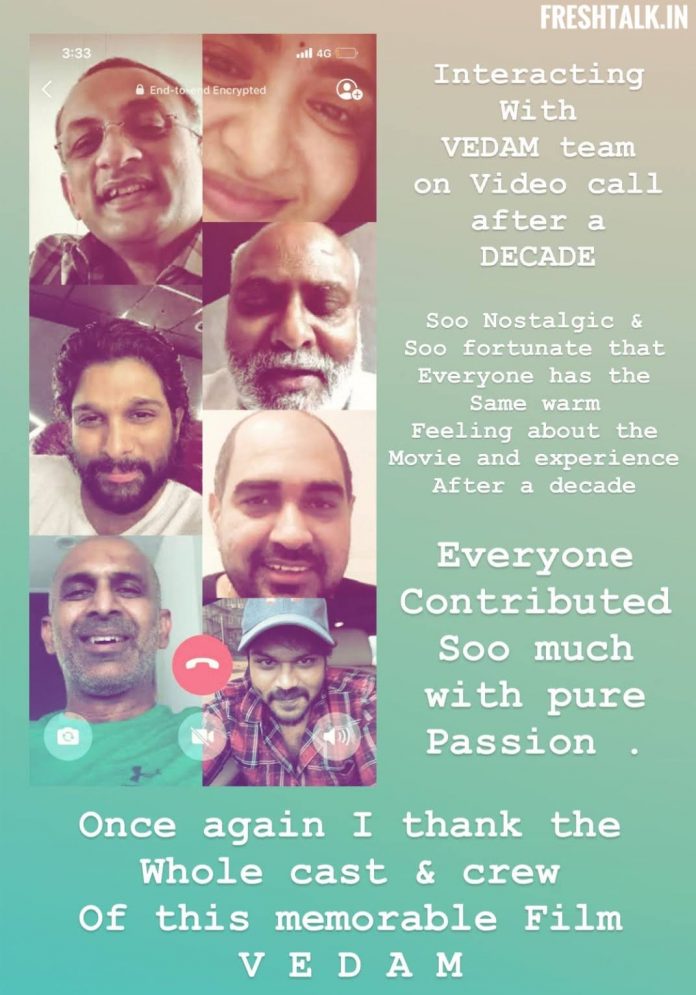 Vedam, directed by Krish and regarded as one of the best movies of Tollywood completed a decade today. The multi-starrer had hit screens and gathered a huge appreciation and applause for its storyline. As it has been a decade since the movie released, the crew met over a video call and relished old memories.

Allu Arjun had earlier memorized the movie and thanked everyone for making this movie successful. Director Krish took to Social Media and posted a dialogue from the movie.

To memorialize the wonderful moments worth a big celebration, the whole team took got together on a video call. Allu Arjun shared a screenshot of the call and posted it on Social Media, writing ‘Interacting with VEDAM team on Video Call after a decade. Soo Nostalgic & Soo fortunate that Everyone has the Same warm feeling about the Movie and experience after a decade. Everyone Contributed Soo Much with pure Passion.’

In the movie, Allu Arjun plays the role of a cable man, Anushka plays as a prostitute, Manchu Manoy as an upcoming rockstar and Manoj Bajpai plays that of an Old City Basti resident. All these characters are intertwined in a terrorist attack in a hospital. This movie is still admired and live for the eye-opening storyline and the superb cast.