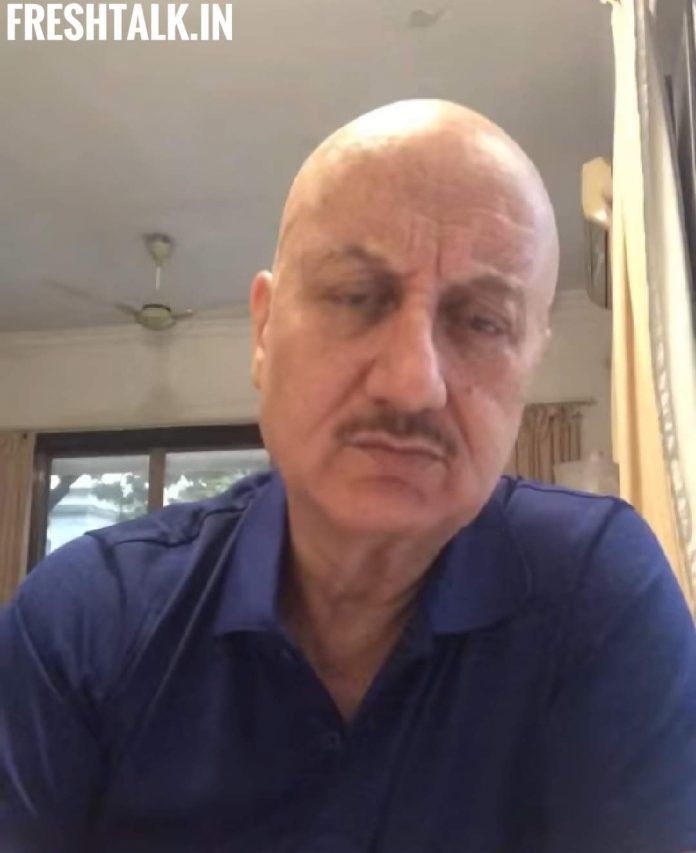 Entire Bollywood is in extreme distress on the sudden demise of talented actor Sushant Singh Rajput. Sushant has taken his life by hanging with the ceiling of his home. He had become very popular in a short span of time with his outstanding performance. He was the favourite actor of the young generation. He had worked for the many films including Chhichhore, MS Dhoni: The Untold Story, Kedarnath, Raabta and Detective Byomkesh Bakshy. Everyone condoled over his death and expressed their emotions on social media. Actor Anupam Kher who had worked with Sushant in ‘MS Dhoni: The Untold Story’ mourned over the demise of Sushant. He shared a video in which he expressed his thoughts via a poem.

Moreover, Anupam Kher has shared his emotions many times on social media. He has criticised many times the issues that were against the welfare of the country. Earlier, the actor had expressed concern over the condition of migrant labours in-country attributed to nationwide lockdown due to coronavirus pandemic.