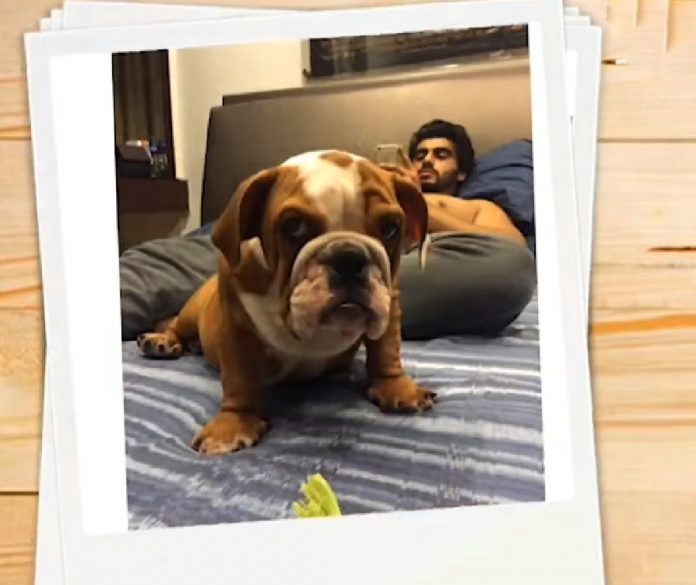 Apart from human beings, animals are also severely affected by lockdown as people are being unable to help them outside. Many Bollywood celebrities are also caring lovingly to their pet animals in houses. Actor Arjun Kapoor also has an adorable dog ‘Max’. He is very lovely as well as an intelligent dog with whom actor has shared pictures as well as video many times in social media. Recently, Arjun came again with a video on social media with his pet dog ‘Max’ while loving him. In the video, he has shared some beautiful photos of ‘Max’ and has appealed with everyone to take care of their dogs in this difficult time.

Arjun Kapoor is a son of Boney Kapoor with his first wife. He had two sisters, Janhvi and Khushi with his father’s second wife late Sri Devi. He had made his debut in Bollywood as an actor with the film ‘Ishaqzaade’. His some successful is ‘Gunday’, ‘2 States’ that gave him recognition in Bollywood. Currently, he is preparing for his upcoming film ‘Sandeep Aur Pinky Faraar’ opposite Parineeti Chopra.

Arjun Kapoor’s has the same reaction as us after we step out in the city, Watch actor’s Instagram post here