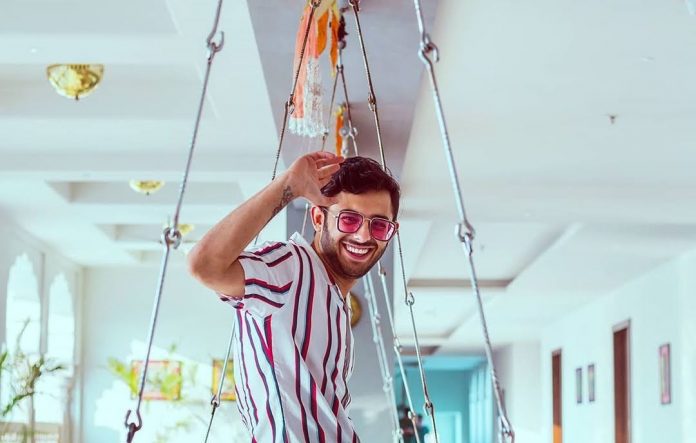 Ajey Nagar Aka CarryMinati is a very famous Indian Youtuber mainly known for streaming on YouTube. He was born on 12 June 1999 in a city near New Delhi i.e. Faridabad. Taking about his studies he dropped out of school in 2016 to continue with his YouTube channel as a profession. After that, he completed his studies with long-distance learning.

He became popular for his energetic Hindi-language gameplay commentary. He is also involved in creating diss rap songs, sarcastic parodies and roasting videos, apart from living gaming. CarryMinati and team produce videos from his home in Faridabad where he has a studio setup. Also, he uploaded a video on his channel showing his own room tour in 2017 named “MY ROOM TOUR 2017” which became very popular and gained about 56 million views and 577k likes. ( As in September 2020)

Carry was very fond of youtube that he began posting videos onto YouTube when he was just 10 years old. His main YouTube channel began on 30 October 2015. In 2014, the name of his channel was “AddictedA1” where he started uploading recorded video of his gameplay with his Hindi reaction commentary for the game. In 2015 he named the channel as “CarryDeol” and then he started uploading gameplay footage of Counter-Strike with the mimic voice of Sunny Deol. After that, he named his channel “Carry Minati” and started uploading roasting videos involving people. From there, his audience started liking him so much and he became very popular.

On 8 June 2017, Ajey Nagar created his another YouTube channel named as CarryIsLive, which is fully dedicated to his live streams and gameplay.

Along with all this he was also involved in a big controversy related to YouTube vs Tiktok.

In May 2020, he uploaded a video on 8 May 2020 named as “YouTube Vs Tiktok – The End” in which he roasted creators on the social media platform TikTok. As a result hashtag #CarryMinatiRoastVideo started trending on Twitter. The video almost became the highest liked non-music video on YouTube in India. But on 14 May 2020, it was deleted by YouTube India. Then the controversy turned into a Youtube vs Tiktok trend.

After the deletion of his viral video by YouTube, he uploaded another video on 17 May 2020 named “STOP MAKING ASSUMPTIONS | YOUTUBE VS TIK TOK: THE END“. This video got more than 66 million views and 8.3 million likes with this it became the most liked non-music video on Youtube India.

Along with this, his most popular music video on YouTube is “YALGAAR- CARRYMINATI × Wily Frenzy” which has more than 156 million views and 12 million likes. (As in September 2020)

Also, His second YouTube channel has about 7.37 million subscribers.
Along with all these ups and downs with his YouTube career he has now achieved a milestone of 25 million subscribers and many more to go. He is one of the most liked YouTuber in Indian Youth also he has achieved a lot in a very small age just with his dedication.