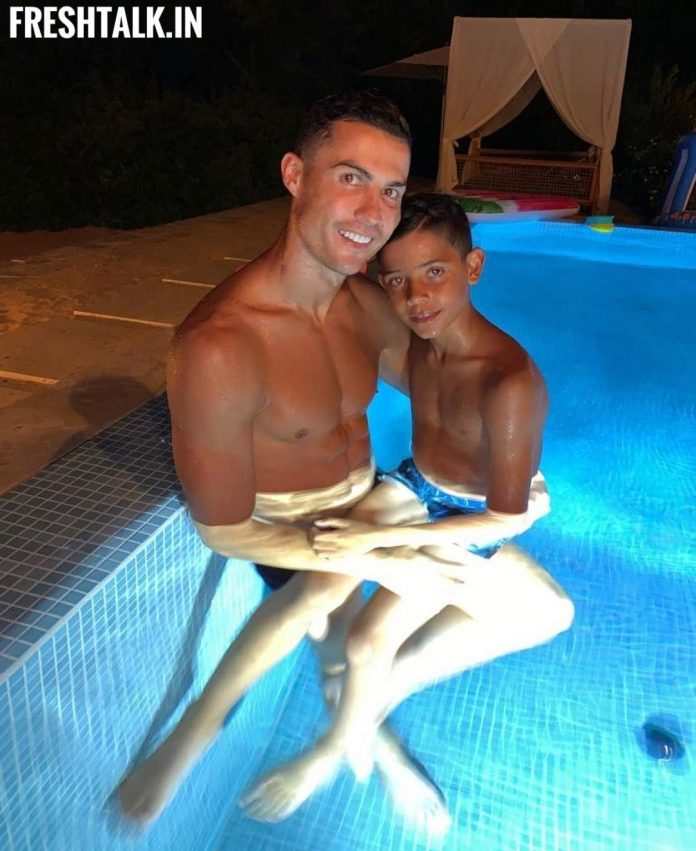 Portuguese football player Cristiano Ronaldo playing the good role of a father. Ronaldo has four children. He first became a father to a son, Cristiano Ronaldo jr., born on 17 June 2010. His son is turning to ten today.

Ronaldo then became father to twins, daughter Eva and son Mateo, born on 8 June 2017 in the United States via surrogacy. He is in a relationship with Spanish model Georgina Rodríguez, who gave birth to their daughter Alana Martina, on 12 November 2017.

Today is the birth day of his first son, Cristiano Ronaldo Jr., and his father did not fail to make him feel special in his life.

Cristiano Ronaldo posted a selfie with his son on Instagram, in part to celebrate his son’s birthday. He added a caption to the picture “I can’t believe my boy is already 10! How time has passed.. and you’ve always been proud of the father who loves you so much. Happy Birthday, Puppy! Happy day! I love you so much!”.

His caption was showing all his love for his son. Cristiano Ronaldo has allegedly the custody of his son. He never revealed the name of the mother of the boy because it was in his contract with the lady who gave birth to Cristiano Ronaldo jr.

And his is turning to 10years today.