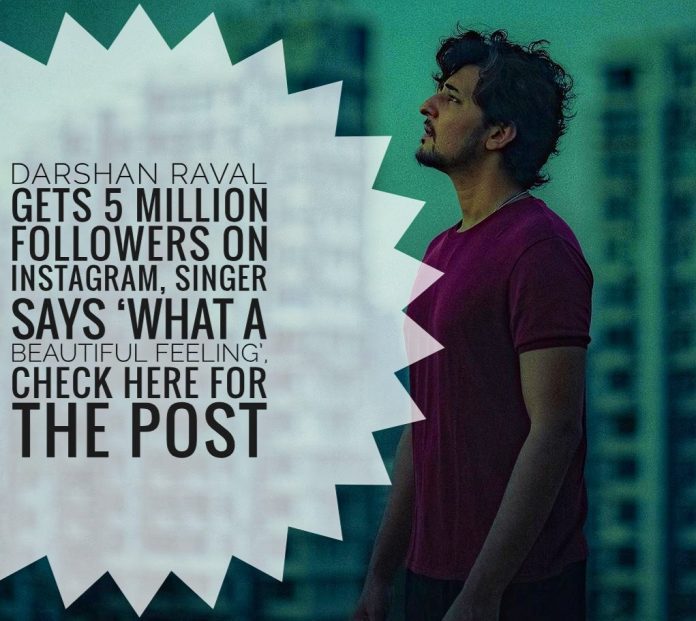 An Indian singer who is born in Gujarat in a Gujarati Hindu family is, a songwriter and actor. Initially, he started his career by appearing as a contestant on the Indian Music reality show and received most of the votes throughout the season. In 2017, later on, he becomes the most desirable man of the “Ahmedabad Times”. Darshan Raval told the nation that in the starting of his career, Himesh Reshammiya who is also an Indian playback singer, music director and actor who predominantly works in the Bollywood industry helped him to establish his career in the Bollywood. Darshan participated in YO YO Honey Singh’s singing reality TV show in 2014 and ended up as the first runner up. It is also been known that Darshan Raval composed his first song – “Pehli Mohabbat” which turned out to be the biggest hit. This songwriter has its musical band known as “Dip zip band”. Moreover, by watching youtube videos this Indian singer learned how to play the guitar instead of taking the training. Primarily, Raval used to sing songs in two languages i.e. Hindi and Gujarati.

Indian actor Darshan Raval who has already impressed the audience with his remarkable songs like Chogada, Kamariya, Tera Zikr, etc was overwhelmed when he saw that his followers on Instagram have reached up to 5 million and expressed his love towards them by saying, “what a beautiful feeling” it is for him. This famous singer has collected a whopping 5 million followers on Instagram. Darshan Raval thanked his million fans by saying that, “Thank you for always being there not just as a fan but as a family member because of your immense support and love my Instagram has reached 5 million followers”.

It’s a great feeling for a guy who came from a small town and with the support of the famous singer he was able to earn fame in the Bollywood industry. He is very much inclined towards Gujarat so this chogada singer expressed his feelings that he is very excited and astounded with the huge support and love received from his people whosoever attend his concert. Darshan told that he has performed at so many places and have done more than 44 concerts in last few months, but performing in Gujarat gives him a different feeling as he is attached towards that particular region.

Darshan Raval has won the millions of the heart with his incredible love tracks due to which he has gained almost 5 million followers on Instagram. He has shared a lot of fashion inspiring ideas as well as a few of his concert videos along with the fun meeting with his fans. His Instagram feeds are just as lively as Darshan Raval. In today’s day and age, Darshan Raval is one of the most popular singers amongst the youth. From participating in a singing reality show to making it to the top list of chartbusters with his famous songs has certainly helped him to create a niche for himself in the industry with his impeccable singing talent.

Now, Darshan says that now life has completely changed for him as before coronavirus he used to travel a lot to different cities for the shows. Also, told that for months, he used to keep on travelling, therefore, performing for thousands of people and now because of the prevailing pandemic infectious virus, everybody is being at their home so he finds it lucky as now, he gets the time to work upon him which he was not able to do up earlier so he is making full use of this time. He is creating more and more music videos while sitting at home. Today, after seeing his Instagram followers, he expressed his gratitude that for him today’s day is wonderful and cannot pour out his feelings to his fans.