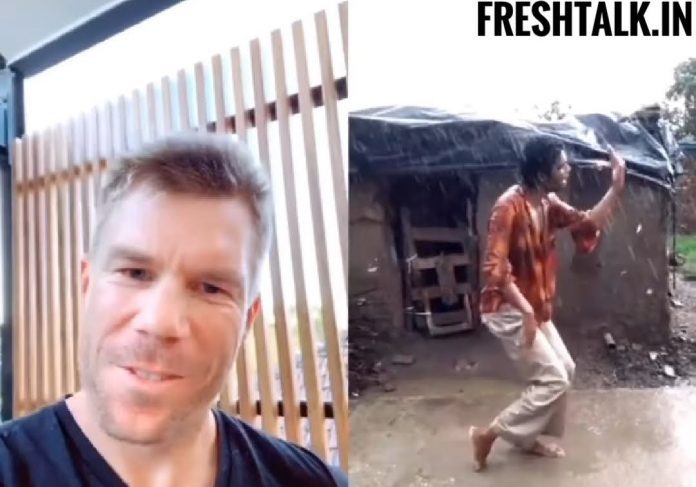 Due to covid19 pandemic situation the whole world is in the lockdown condition. All the people’s are locked in their home. Likewise, David Warner also locked in his home.

He started to spend his quality time with his family. He engaged himself and his family in the tiktok. To make his fans happy he did a lot of tiktok videos.

He became a star of a tiktok. He started to do videos with Bollywood songs. Recently, he does dance video for a Telugu song Butta Bomma with his wife and his daughter. That video went vitally in the tiktok. That’s a duet video.

He enjoys doing tiktok. He uploads a dance performance with family and daughters and leaves a comment like family bhangra. The video was so cute to see. They also enjoyed dancing like that.

The video was watched by a lot of his fan followers. He also does some reacting and duet video on tiktok. He uploads all his tiktok videos on his Instagram page.

Recently, he put a reacting video with Shilpa Shetty. After watching Shilpa Shetty video he never control his laugh.

He gave comment like, the video made me laugh more. That was a funny video. That was really nice to see. That was a crazy time. He really laughs a lot and he enjoyed it more also.

He uploads a duet video watching an Indian TikToker’s dance moves in rain. He appreciates him a lot. He leaves a comment like “Your moves keep getting better even in the rain and great work.”

Previously he watched the video of the same tiktoker and appreciate him for his nice dance moves. He gave a comment like “world of dance, great work and keep doing.”