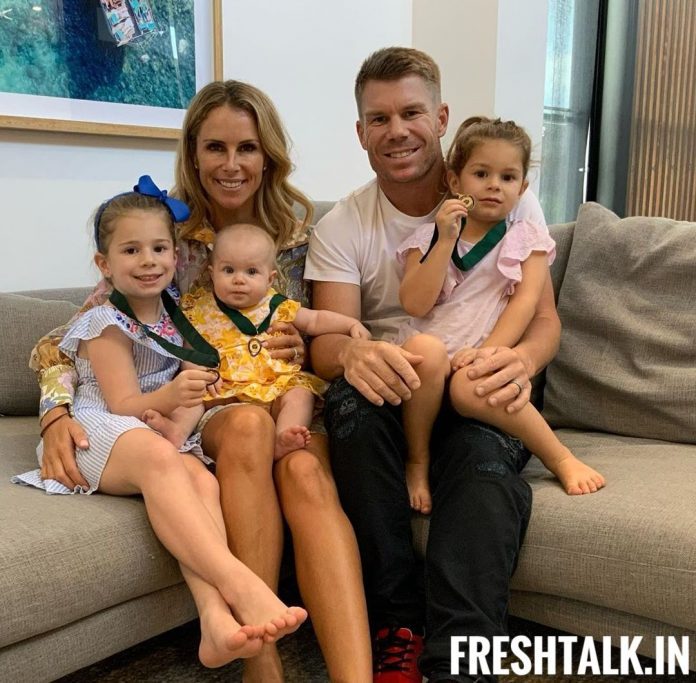 The whole world is affected by the covid-19 virus. Still, the whole world is struggling to come out of this. To avoid the spread of the virus the country is in the lockdown situation. The people also gave a response to the government and they stayed in their home itself.

The sportspeople also locked in their home. Likewise, David Warner also locked in his home. He spends his quarantine times with his family.
He keeps posting his family photos and tiktok video took with his family on his social media page. He also shares his daily workout routine on his Instagram page. Recently, Warner and his wife were seen dancing for the Telugu song.

He became more active in his Tiktok page and he uploading his dance video with his family, reacting videos and funny video’s. With no IPL, Warner has spent his time with his family and has been grooving to popular Indian songs and has been entertaining his fans on social media regularly.

He posted a Tiktok video switched roles with his wife Candice Warner, who is a former Ironwoman and surf life-saver. At the start of the video, Warner could be seen in Australian jersey while his wife on a surfboard paddling alongside him in her old Ironwoman racing costume.
Warner’s adorable family picture.

David Warner shares his adorable family picture on his Instagram page. That was very cute to watch. He leaves a comment like “It’s incredible how fast time flies by, see how lvy Mae had grown from this first pic we took as a family”. Ivy Mae step by step grown-up pictures

The picture was very beautiful to watch. We can’t stop loving them. Follow him on his instagram page.