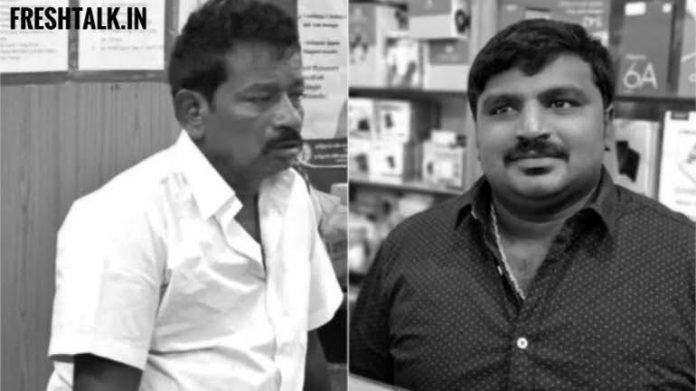 After the death of African American George Floyd which sparked rage among the public, a similar incident took place in India just recently. The police brutality incident resulted in mass gathering and enrage over social media.

Priyanka Chopra took to Twitter to raise her voice against the incident and wrote, “Reeling from what I’m hearing. Absolutely stunned, sad and angry. No human being deserves such brutality, whatever be their crime. The guilty must not be allowed to go unpunished. We need
facts. I cannot even begin to imagine what the family must be going through. Sending strength and prayers. We need to use our collective voices to seek #JusticeForJayarajandBennicks.”

Disha Patani also took it upon herself to condemn the deaths of Jeyaraj and Fenix and demand justice for the same. She uploaded a poster which depicted police brutality and captioned it “That’s so sad, please give justice.”

While Rajkumar Rao reposted an Instagram video featuring radio jockey, @mirchi_suchi spreading awareness about the unfortunate incident. The video is going viral and Rajkumar Rao also used the hashtag- #Juticeforjeyarajandfenix.
Other celebrities were also seen posting about this incident.

The shocking incident happened on June 19, when 59-year-old P Jayaraj and his 31-year-old son Bennicks (Fenix) were picked up for questioning by the cops in Sathankulam police for violating lockdown rules and keeping their mobile shop open. The media reports show that the duo might have been sexually assaulted by the police. An investigation is underway in search of the truth.

While Fenix fell ill and died at the Kovilpatti General Hospital on June 22, his father died on the morning of June 23.

A Chennai based news site has quoted an eyewitness account which clearly states that the duo came out of prison in dishevelled and torn clothes and complained of rectum pain. They changed out of their lungies seven times as they had blood coming out of their rectum. They
were taken to a hospital after being released from prison where the doctor allegedly declared the duo fit on the insistence of the local inspector. These accounts were given by a friend of Fenix.

There has been a social media outrage regarding the brutal deaths of these two and everyone is demanding justice. Celebrities also took to social media platforms to condemn the deaths of this Father-Son duo.

Tiger Shroff’s mom has the cutest wish for Disha Patani, Check here for the post