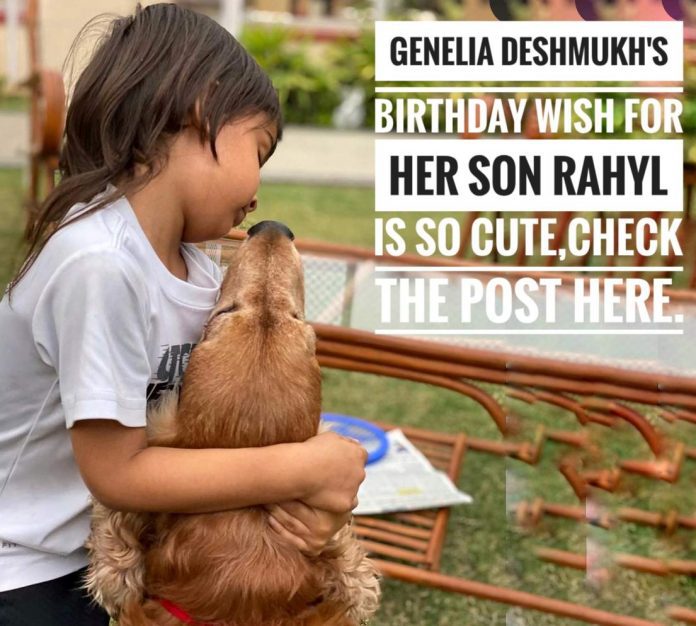 Genelia D’Souza is married to Ritesh Deshmukh from 2012 and they have two sons Riaan and Rahyl. The couple welcomed Riaan in 2014 and Ryan after 2 years in 2016.

Today the couple celebrating the birthday of their second child Rahyll on which Genelia had shared a heartwarming message for him on social media.

With posting a series of Rahyl’s photo on Instagram. Genelia writes for Rahyl.

“RAHYL… just when I thought I know what love is, someone so little and so precious came along to remind me how BIG love is…

She added, “Rahyl I want you to always know, you are wisheished, long for, prayed for and will always be loved because you are my most favourite thing of every day.

And at last, she writes,” happy birthday baby boy”.

Spider-Man just lost his amazing fact to you.

She also included with a hashtag with # the best boy in the world My Sunshine.

In the picture posted on Instagram, the first picture Rahyl is sitting with his mum Genelia, wherein the second picture he seems to be playing with his pet ahyl.

In the third one, Rahyl is giving Aww pose and in the last picture he seems little younger than now wearing a spider man’s costume.