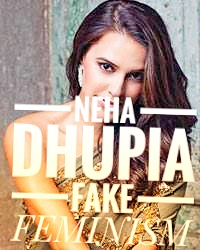 Roadies Revolution is not a name people hear often but during these last few weeks, it has been trending across all social media platforms. This was a result of the controversial statements and behavior by judges Nikhil Chinapa and in particular Neha Dhupia towards a contestant who admitted to slapping his girlfriend for cheating on him.

During the audition rounds, the contestant confessed to slapping his girlfriend when he got to know that she was cheating on him with five other guys at the same time. This resulted in an angry reaction by the gang leader Neha who, in a state of frenzy, stated “Nobody gives you the right to slap a girl. Yeh jo tu bol raha hai na ki ek nahi paanch ladko ke saath gayi thi, sun meri baat, it’s her choice. Maybe the problem lies with you!”

(What you’re saying is that she went out with five guys? You listen to me, it’s her choice) Other judges also retaliated in almost a similar fashion, including Nikhil Chinapa who got up from his seat to yell at the contestant.

These angry reactions and the controversial statement made by Neha Dhupia led to several memes and angry retorts by viewers. Many labeled Neha Dhupia as a fake feminist. Neha was angered by these comments and memes posted across various social media sites and threatened memers and all those sharing such content.
There was also outrage amongst the people in light of the statement of it being the contestant’s fault that his partner was unfaithful.

She later posted a statement clarifying her stance, but it wasn’t an apology as many had hoped, rather it can be interpreted in a defensive light.

“ Is it really fake feminism?”

In the 21st century, the word “feminism” has seen a lot of criticism where people have seen to forget the distinction between radicalism and the actual idea behind this concept which was prominent during the French Revolution, and which was the reason why women won the rights they have today.

While the statement that the contestant had no right to slap her stands the same for all individuals, regardless of gender, the rest of the statement is what triggered such reactions.
History has seen several misinterpretations and misuse of “it’s her choice” and this is a fine example of such. Not only does it contradict what feminism actually represents, but it also allows those who are against this concept to raise fingers on this revolutionary movement.

HOW DEEPIKA BLAME KATRINA FOR STEALING HER IDEA

Slapping another individual with the intent to cause harm amounts to battery and assault and is an immoral act, regardless of motive. Feminism stands for equality and the slapping of men, women or anyone else is seen as wrong. Neha went to the extent of twisting this concept in the name of feminism.

It is important to remember that many feminists too were infuriated by these reactions by such an influential individual on national television. Many memers have targetted Neha and commented on how she needs to understand the difference between fake feminism and actual feminism. Many have also gone to the lengths of
calling her a ‘feminazi’.

One may find it funny how atrocities against women never receive the same amount of angered responses as this one controversial statement has.