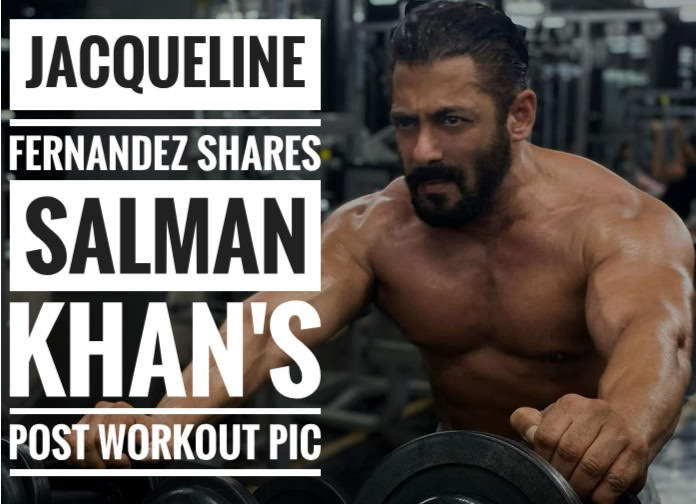 Superstar Salman Khan is currently at his Panvel farmhouse with friends and family members. Salman is synonymous to work out goals now! Salman Khan has been an inspiration to many when it comes to following the strict regime of working out. The actors always manage to stay fit, and healthy by going gym or workout in-home, through during their regular exercise. Earlier he has shared a picture of himself working out, which was clicked by none other than Jacqueline Fernandez. He had promised that the second picture will come soon and here it is.

Jacqueline posted a shirtless picture of the superstar Salman who is all focussed on working out. In the caption, she wrote,” Gifted or just very hard-working??? I feel he’s great fun for every day and respects the position the almighty has given him@beingsalmanKhan to all the Salman Khan fans, there’s a lot more to come, stay tuned, stay safe! # lockdown # pyarr karona.”

Check out the post below. The picture is mesmerizing. He has a six packs arms. Every girl might love this. You have raised a question in your mind who is Jacqueline, only those who didn’t know about Salman Khan. Khan is a dedicated and renounced bodybuilder. Khan has never been married. His relationship has been of keen interest to the media and his fans.

Jacqueline was recent. Seen getting close to Salman and giving h a lot of attention, as per a report on Bollywood life. On the professional front, the much-awaited Netflix drama Mrs Serial killer featuring the actors has been released today ie. On 1 May 2020. As for Salman Khan, he will be next seen in the movie Radhe: Your most wanted Bhai co-starring Disha Patani, Randeep Hooda and Jackie Shroff in the lead roles. It has been directed by Prabhudeva.