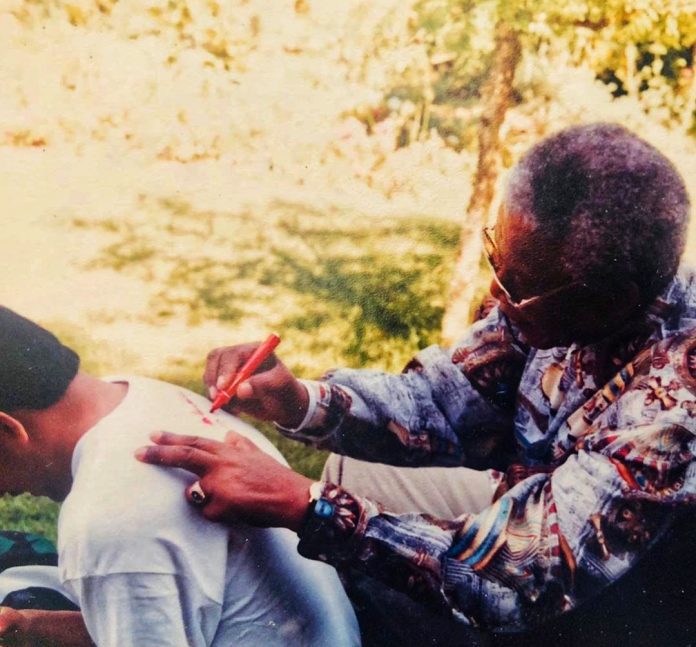 Director of Bollywood industry i.e. Kabir Khan remembered his meeting with Nelson Mandela while shooting for a documentary film in South Africa. Kabir khan even says that he has not met a more charismatic man than Nelson Mandela and preferably, I am well aware that I know what it’s like to be someone around who believes in living a legend life. He says that for me Nelson Mandela is always been one of my favourite heroes and will remain forever.

This director state that meeting such a wonderful personality at so young age was tremendously an amazing experience as I met him at the age of 22 years when I completed my graduation and started doing international documentary movies. So, I got a chance in the year 1995 to accompany one of the senior journalists who was shooting a documentary related to the people of Indian origin supporting the African National Congress in South Africa. While shooting there were many hard-working co-workers along with Nelson supporting him in the African National Congress who went to the jail with him.

Everyone who was the part of the African National Congress is aware of the exciting tale of how nelson sneaks his autobiography out of the prison. It has been revealed by the Kabir Khan that Nelson used to write his autobiography on the little chits of the paper and then used to throw them outside the jail-like Mac maharajas which seems that someone was waiting outside the wall to collect those pieces of information written on the small piece of the paper and then how the entire book was smuggled out. Kabir khan even told that there are many fascinating stories about the association of Nelson Mandela with Indians who were the primary purpose of the documentary of Kabir khan.

Kabir Khan even told that he used to wait outside the house of Nelson Mandela to interview him wearing a tee-shirt with a slogan mentioned on it “vote for Mandela” and Kabir khan still remembers when he came out from his house it was an overwhelming experience of meeting such a wonderful and cheerful man. Regarding his body structure, he was quite tall and possessed an overpowering personality. Moreover, Nelson Mandela possesses the aura which attracts the audience towards him.

He even recalled the memory when Nelson stepped out of his house and saw his t-shirt; he winked at Kabir Khan and told to Kabir khan in his loud, deep, and resonant voice that,” you can go to the jail for supporting me by wearing this t-shirt” and then giggled.

Kabir Khan even told that the nelson Mandela used to talk about the kind of political inspiration which ANC used to gather from India’s struggle against the British. Even, the director Kabir khan autographed Nelson’s tee-shirt and he also told that by nature Nelson Mandela was so cheerful and friendly and possessed an entertaining personality. Even Kabir khan told about Nelson that there is no such proof of bitterness against those who had committed those terrible cruel acts against Mandela’s, his family, and the citizens of South Africa.

So, then the director Kabir Khan recalled about Nelson and stated that he has almost spent the four hours while interviewing him and he still remembers that every second of those four hours, he can feel the aura of this great personality. After talking to Nelson Mandela, Kabir khan said that I can still feel that he has a great charisma which is been termed as an aura, and for me, it was a thrilling experience with one of the great personality of the world.