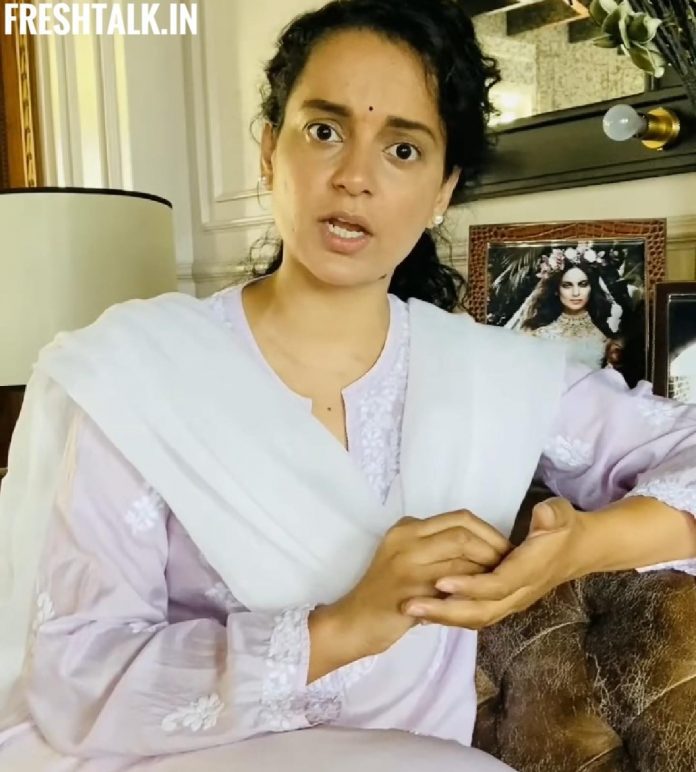 Kangana Ranaut on Saturday posted a video in Twitter as well as in Instagram to mourn the death of the 20 Indian Army soldiers, who lost their lives in the fight with Chinese troops at Ladakh’s Galwan Valley on June 15. Addressing the public, call across the country to boycott Chinese goods, Kangana joined the bandwagon as she condemned China’s brutal attack and its move of trying to enter Ladakh and trying to take away a part of the land from our mother India.

In the video, Bollywood actress Kangana urged people to stand up against China and boycott their products. The caption read:

Kangana Ranaut lashes out at Bollywood fraternity for not acknowledging the talent of struggling celebs over Sushant Singh’s demise, Watch the video here