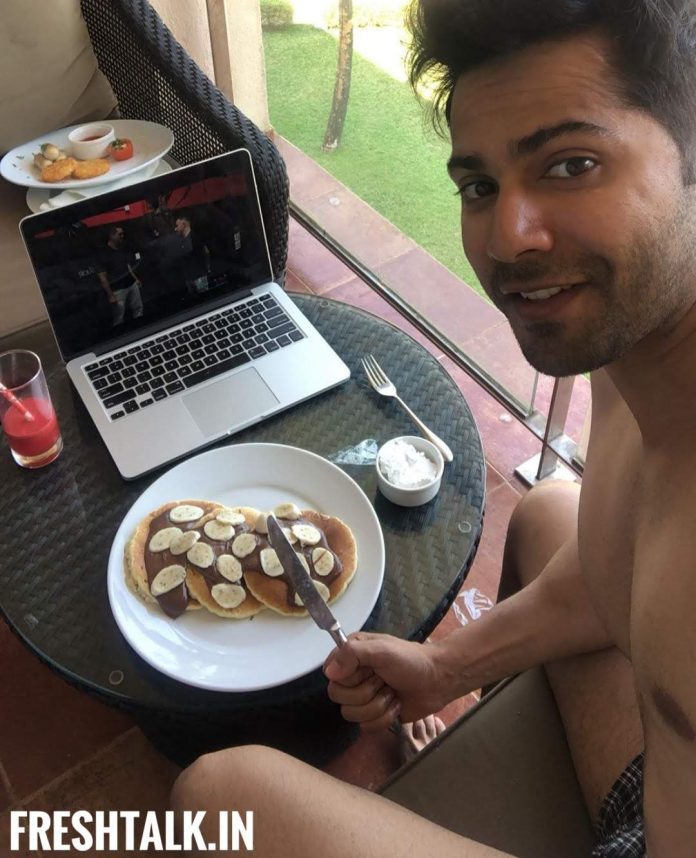 During the amid lockdown Bollywood actors and actresses keep entertaining their fans with regular posts. During the nationwide lockdown, we have seen many celebrities posting their daily routine. Their presence on social media has increased.

To keep themselves fit and active, celebrities were doing yoga at home, but with relaxation in unlock 1 they can now be seen doing an intense workout at the gym. On Friday Varun Dhawan took to Instagram and posted a video in which he can’t be seen doing a workout session with a punching bag on his Instagram story.

Then he shared a video making his post-workout meal himself. He prepared a delicious omelette for himself.

Many actors, actresses and other celebrities had shown their cooking skills during this lockdown. Spending time with their family and adding some quality moments. From doing household chores to cooking we are trying something new in this time period.

Spreading social awareness and doing some little things which make others happy always helped Varun Dhawan to be a topic of chit chat. Especially, among his female fans. Varun Dhawan is always admired for his looks, his six-packs and his smile. The reason behind this
is regular exercise and healthy food.

Earlier he posted a dancing video at a gym on the song ‘tum to three pardesi .’ He recently posted about the WWE wrestler The Undertaker and expressed his desire to admire undertaker’s skills and athleticism.

Varun Dhawan, who is last seen in a dance drama ‘street dancer 3D ‘, he will now be seen in ‘ Collie no 1’ it is a remake of veteran actor Govinda and Karisma Kapoor’s movie. The film was earlier scheduled to hit theatres on May 1 but postponed due to Covid pandemic.

He will be seen sharing the screen with Sara Ali Khan.

Many fans are curious to know if the movie will be releasing in theatres or on OTT. Even though fans cannot see their stars on screen, social media comes up as the solution of all problems. It always helps people to get to know about their star’s life and also helps them to get in touch with all their fan followings. Although there are fans that’s why there is a star.

VARUN DHAWAN WISHES HIS MOTHER ON HER BIRTHDAY, CHECK HERE FOR THE STORY