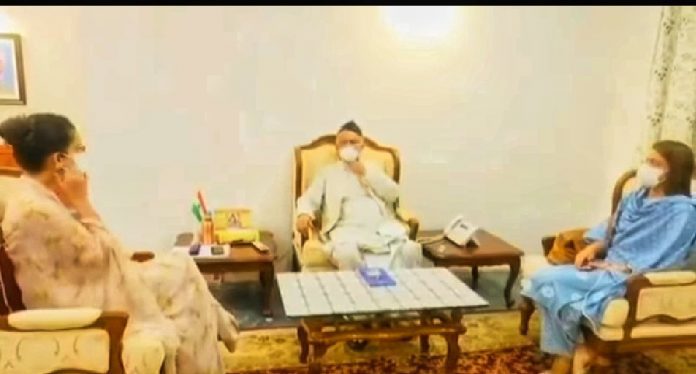 Actor, Kangana Ranaut who has been all over the news after her work home gets demolished by the BMC.

A few hours ago, She met the governor of Maharashtra Mr Bhagat Singh Koshyari. The meeting took place after days of her office partially gets demolished by the civic officials.

Like her sister, Rangoli was by her side during this meeting. This all started when, the actor made some comments about not doing anything with the Mumbai Police, about how the government didn’t do anything with the Sushant Singh Rajput’s case and then calling Mumbai as POK ( Pakistan Occupied Kashmir).

Mr Sanjay Raut, a spokesperson from Shiv Sena the ruling party got offended and threatened her to leave Mumbai. She got abused too.

And all this led to the demolition of her workplace in Bandra, Mumbai. Officials told that the building was illegal but she was informed 2 days prior and she wasn’t in the town.

After filing a complaint against the officials, she also visited her work home.

After coming out of the meeting with the Governor, the actor told that, “ I told him about the unjust treatment I have received. I hope justice will be given to me so that the faith of all citizens, including young girls, in the system is restored. I am fortunate enough that the Governor listened to me like his own daughter.” She even mentioned that she has been living here for years and she started her career from the scratch and she is forever grateful for that but suddenly the situations happened were not correct.

After the demolition of her workplace, she even made a video where she said, “ Uddhav Thackeray, tuje kya lagta hai??” the word “tu” was quite a gutted word to say and after the released video, Mr Uddhav Thackeray gave a statement, “ whatever storms have reached the state, it may be political or natural, the government is fighting.”

The actor has been facing two police complaints right now of her using foul languages and tried to diminish the character of the dignity of the chief minister.

On Friday, Governor of Maharashtra, Me Bhagat Singh Koshyari met with Mr Uddhav Thackeray as in order for the demolition of the house of Kangana Ranaut. He even told the minister about how unhappy he is with the decisions taken.

This video has been posted by the actor in her social media accounts where she stated of expecting justice and it could restore the trust for all the women.