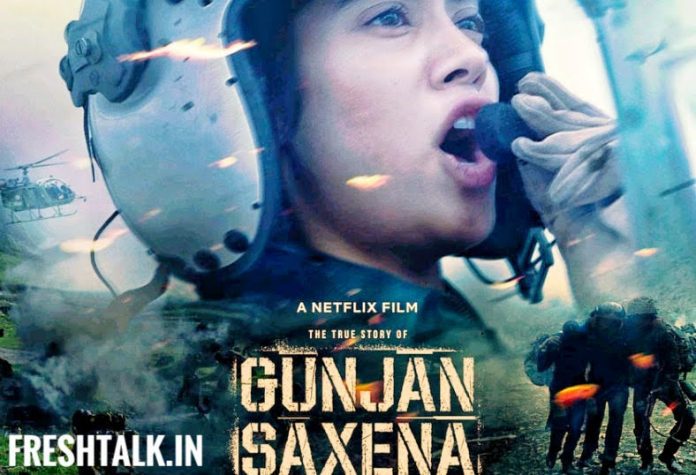 After Amitabh Bachchan and Ayushman Khurrana’s Gulabo Sitabo to get an OTT release, Janhvi Kapoor’s next film, Gunjan Saxena: The Kargil Girl is all set to skip the theatres and get an OTT to release too. Filmmaker Karan Johar took to Instagram to announce the release of the film, sharing a heartwarming video of the real Kargil girl with the voice-over of Janhvi Kapoor, Karan wrote, “TheKargilGirl Her inspirational journey made history. This is her story. Gunjan Saxena – #TheKargilGirl, coming soon on Netflix. #GunjanSaxenaOnNetflix.” The video clip narrates the true and inspiring story of Gunjan Saxena, then a flying officer, who became the first woman combat aviator to fly into a war zone during the 1999 Kargil War.

Likewise, Janhvi Kapoor also shared the video and wrote, “This isn’t just a film for me- it’s a journey that’s taught me to believe in myself. A journey I can’t wait to share with you all. About a girl who set out to do something simple, follow her dreams.” Although the release date of the film is yet to be announced. The actress made her Bollywood debut in 2018 with Darma Productions ‘Dhadak’ starring opposite to Ishaan Khattar.

The movie is presented by Zee Studios and Darma Productions and also stars Pankaj Tripathi and Vineet Kumar. The movie was set to release on April 24th. “Gunjan Saxena” is directed by Sharan Sharma, who shares writing credits with Nikhil Mehrotra. Hussain Dalal has been credited with additional dialogue writing.

Other actors like Alia Bhatt, Anushka Sharma, Arjun Kapoor and Varun Dhawan supported Janhvi Kapoor by sharing the teaser of Gunjan Saxena on their social media.