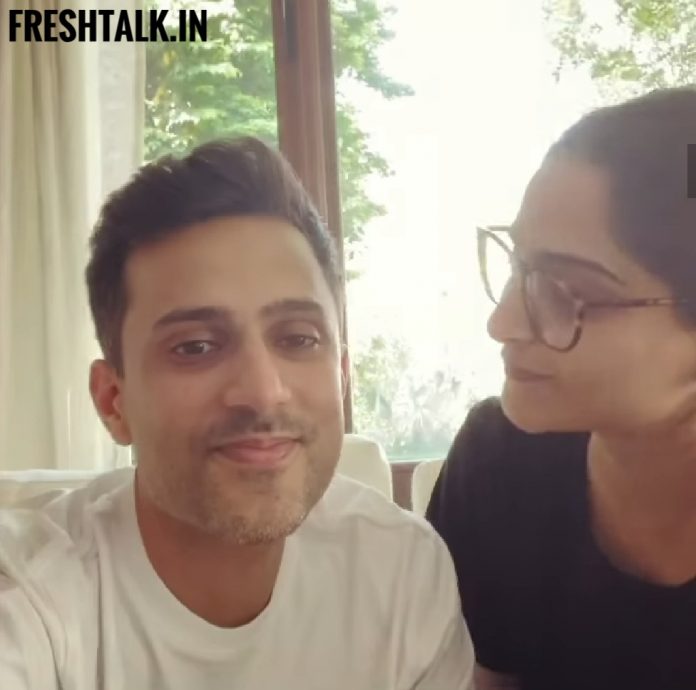 Sonam Kapoor is with Bollywood for several years. She marked her debut in 2007 with Sanjay Leela Bhansali in movie Saawariya along with Ranbir Kapoor.

As today actress has grown a year older on this occasion she had shared an adorable post with husband Anand Ahuja on her Instagram handle. In the picture, one can see that couples were cuddling on the bed and were posing for the picture in the camera. On this happy moment, Sonam called her husband best birthday blessing. She uploaded the picture along with the caption, “The best husband in the world, who gives me everything that I truly need. He is my blessing on my birthday. Love you @anandahuja from the first day I hugged you.”

Soon after a couple of minutes, Anil Kapoor wished her daughter on a 31st birthday in the comment section. He wrote, “So handsome 🤗🤗🤗❤️ birthday girl 👧 ❤️❤️❤️🤗”, while Anand called Sonam his world. The comment read, “My 🌎🌍🌏”.

The couple Sonam and Anand tied the knot on 8th May 2018. The actress was last seen in movie Zoya factor which was released in September last.