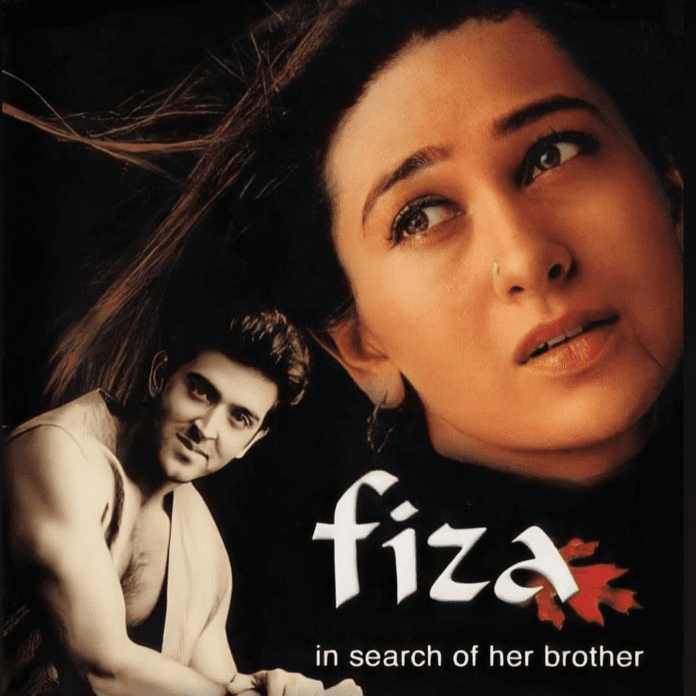 Often called the ‘Rachel’ of the Indian Cinema, the 46-year-old Bollywood actress who peaked her career in the 1990s and 2000; once again reminds us that old is gold.

Being born in the Kapoor family, Bollywood did, in fact, run in her blood. From being a recipient of numerous accolades, National Film Award and four Filmfare awards, Karishma Kapoor, often identified as ‘KK’ posted an Instagram story today, reminding of the well-remembered film ‘Fiza’ completed 20 years today.

Having excellent acting in the film, the story, unfortunately, is tragic. Fiza, played by Karishma Kapoor, leaves her house in search of her long lost brother, Amaan, played by Hritik Roshan. She plans to search till the end of Earth and uses any and every means available to her. When she finds him, to her dismay, she sees that he had joined a terrorist group. He comes home, and they all reunite, but staying there isn’t an option for him. When his mother comes to know the truth about what he has become, she commits suicide.

Fiza tries to find his brother once again but turns out that Amaan was sent to assassinate two other politicians. Upon doing so, he becomes the target of his own terror group. But he escapes and Fiza follows him. They confront each other and with the police closing in on him, he asks her to kill him. As a last resort to give him an honourable end, Fiza kills her brother.

A story like that; of honour does indeed deserve recognition and needs to be remembered, after all this time!
We do look forward to more of such inspirational films and cherish all the Old Hindi Films.