Kartik Aaryan is very famous for his on-point comic timing. He was praised by his fans for his fabulous performance in “Pyaar Ka Punchnama”. And at the moment he is preparing to tickle his fans’ bones with “Athithii In London” by Ashwini Dhir.

Kartik will be seen a Punjabi Munda in this film and he has already started shooting in London for this family entertainment film. He was also spotted shooting in a turban in London. Kartik Aaryan recently shared a picture of him on his social media handle “Instagram” where he is seen wearing a red turban and enjoying the London view out his window.

With this picture, he also took the opportunity to wish his fans a happy Lohri. He added a caption with his picture that says “Do me a favour lets play Lohri. Lohri ki lak lak vadhaiya” (with a red heart emoticon).

Everyone is excitingly waiting for the movie to come out soon cause it would give us a very new Kartik Aaryan look. 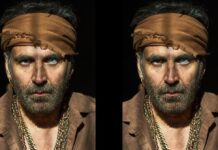 Varun Dhawan and Natasa Dalal – From being School Friends to Life Partners, all you need to know about the magical fairytale… 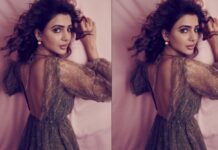 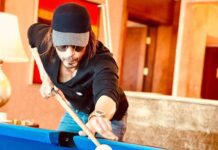