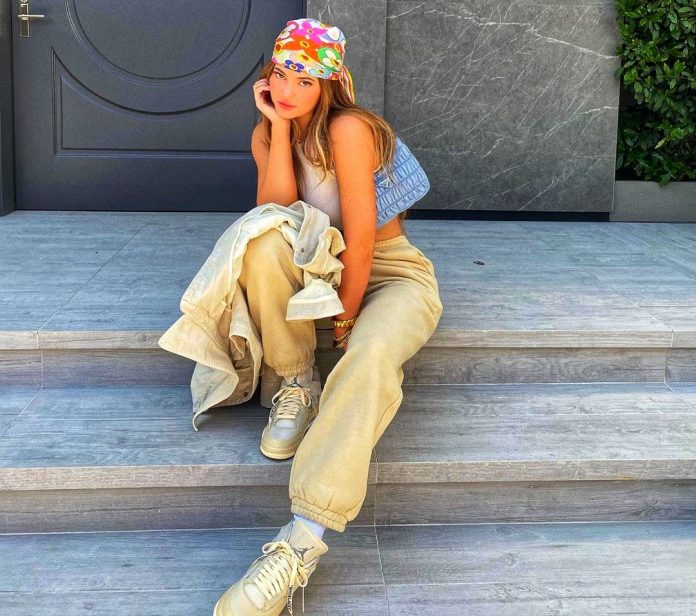 Kylie Jenner is an American media personality, socialite, model and businesswoman. She is the founder and owner of Kylie Cosmetics. In January 2020, Jenner announced she had trademarked Kylie Con, Kylie Kon, and Kylie Museum. As of September 2020, she is one of the most-followed people on Instagram with 194 million followers.

She recently shared a post with her throwback pictures in the red and black outfit on Instagram which is being loved by her fans and audience as she looks beautiful and too hot to handle in the pictures.

She captioned the pictures as “tb” with hearts. She posed with a car in her background in the pleasant sunny weather. Her pictures show her amazing dressing sense and her hair colour was brown in colour when she got the pictures clicked.