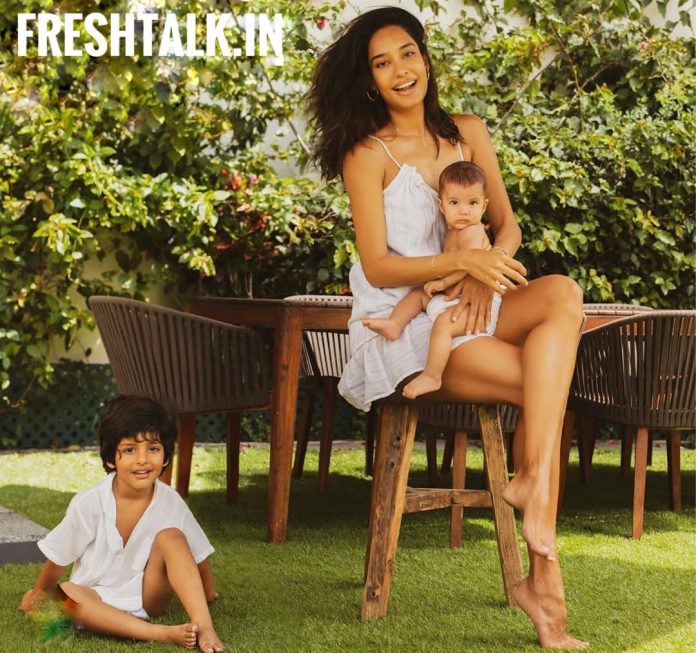 Hello eveyone , Lisa haydon and her adorable son dance flawlessly in the joy of eating fish and chips

Lisa Haydon is a Bollywood actress and a model mainly appears in Hindi film. She did her first film in 2010 in the romantic film Aisha as a supporting role and got nominated at Filmfare “best-supporting actress”. She got married in the year 2016 with Dino Lalvani.

He is a British businessman and the chairman and CEO of Binatone. He purchased Binatone a company that produced mobile phones and other cordless devices from his father in 2008.

ON 17/may/2017 new being knocked the doors to enter into the endless world. Lisa Haydon announced it on her Instagram account and on today’s date she is the mother of 2 children. Zack Lalvani the elder son and Leo Lalvani the younger one.

Today, she posted an adorable video of dancing with her elder son Zack in the happiness of eating fish and chips
“Delicious food”.
Zack dance so flawlessly that his fans can’t resist saying
that he is “so adorable”
As we all know Lisa herself is such an amazing artist so her son is also. U can check the dance video here.

So she is the perfect mommy with the ability of best actress too.