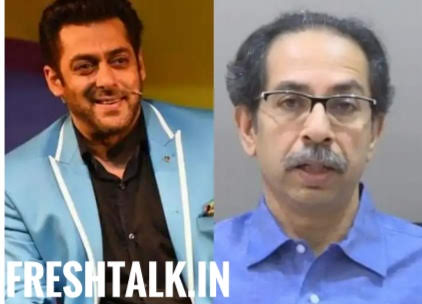 Amid the lockdown Salman Khan is with his family as he is spending time in his farmhouse Panvel. In this difficult situation of corona pandemic he did his bit with a motive to help citizens of India. The great actor Salman Khan helped by donating ration, helped financially to the special abled workers of thr industry the actor did his best in this hard times. Again the actor is making the headlines and this time he is helping the mumbai police who are among the front line workers during the pandemic outbreak.

Salman Khan did his best by extending help to the Mumbai police and he donated 1 lakh hand sanitizers to the brave worriers who are fighting battle against the dangerous coronavirus. On twitter, Maharashtra Chief Minister Udhav Thackeray praised him then this great work of him came into light. He sang praises for Salman Khan, “Thank you @BeingSalmanKhan for providing 1Lakh Hand Sanitizers to our @MumbaiPolice #WarAgainstVirus.” he tweeted.

The actor also expressed his heartfelt thanks to the Maharastra Government as they recognized actor’s effort and then he thanked Thackeray’s tweet saying, “Thank u @CMOMaharashtra @Iamrahulkanal @MumbaiPolice #IndiaFightsCorona.”