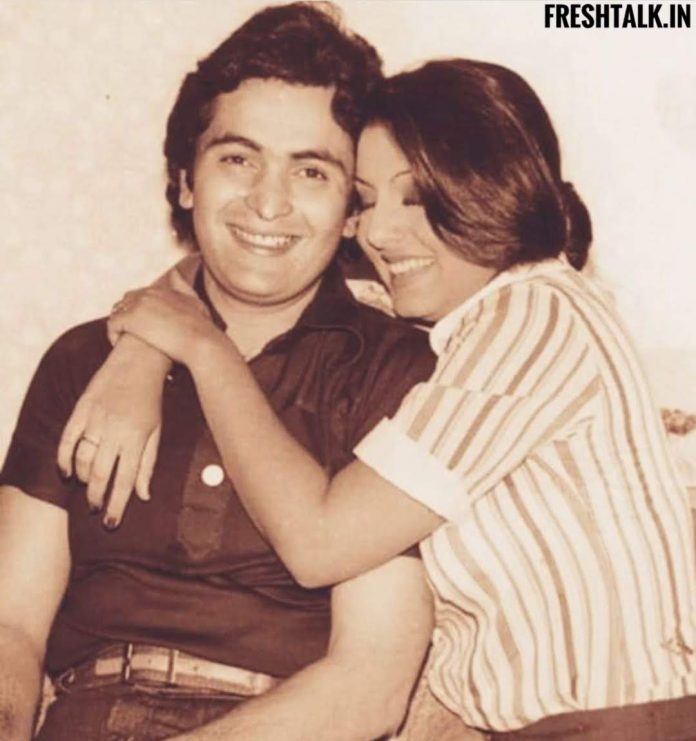 Neetu Kapoor the veteran actress shared a throwback picture with Rishi Kapoor on one month death anniversary. The actress shared the picture on Instagram. The actress shared a couple of lines of a couple of lines by Vera Lynn from the song goodbye for the late actor Rishi Kapoor and wrote, “Wish me luck as you wave me goodbye…Cheerio, here I go on my way…With a cheer, not a tear, in your eye…Give me a smile, I can keep for a while…In my heart, while I’m away”. Rishi Kapoor died on 30th April and soon after that Neetu Kapoor wrote a heart touching farewell with a picture. “End of our story” she captioned the picture. In the picture, we can see Rishi Kapoor holding a drink as he was enjoying and celebrating his life. This post melt down the fans as Neetu Kapoor shared it. In Bollywood, many called the couples as their favourite. Many helped Neetu emotionally wished emotional strength in her hard time.

The Daughter of Rishi Kapoor Riddhima also took to Instagram to remember the late Rishi Kapoor she shared a family picture. The photo was featuring her with Rishi Kapoor, mother Neetu, husband Bharat Sahni and daughter Samara, Riddhima Kapoor wrote, “Say not in grief that ‘he is no more’, but live in thankfulness that he was – Hebrew proverb” She added, “One month today. We miss you.” Since father’s death daughter Riddhima is sharing photos and videos remembering their best memories.