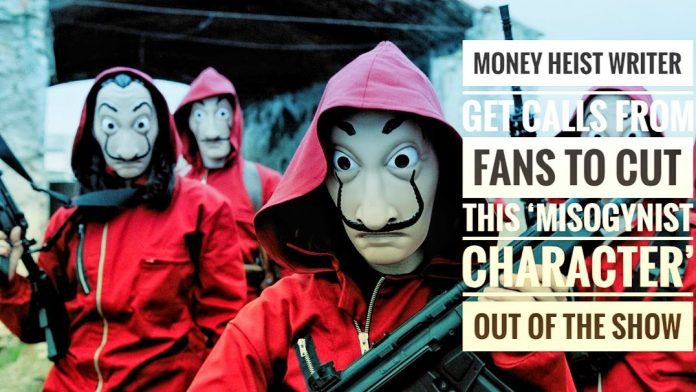 In a recently released Netflix series ‘Money Heist’, the creator and writer Alex Pina revealed that they got many calls from fans across the world to cut the misogynist character out of the show.
In this series, the role of the villain is played by Pedro Alonso. He is one of the most popular character in the show and have a huge fan base across the world.

Viewers first met Pedro Alonso as Berlin in Season 1 of Money Heist. Berlin was ill with a terminal disease which made some fans empathetic toward him and also his sarcastic behavior make him likeable.

The villain Berlin character reflects misogynist, narcissist and psychopath character that people thought was out-of-date. Not only that in the series, he was killed by the police because of that his fans were left heartbroken.

“Someone said to me, this character doesn’t fit with the times. You should take him out of the series. But we could have a character like that in the series and the audience could freely decide whose side they’re on right? If television is bland it’s boring because fewer things happen, and there’s nothing better than a villain who we can empathize with.”

Though Alex Pina had no intention of taking Berlin out of the series. But the creator, Alex Pina, believes that the character is one of the key reasons viewers watch TV shows or a Web Series. As a result, he decided to out him of the series.
And also a news coming up that ‘Money Heist’ has signed up for Season 5 and Season 6 with Netflix.