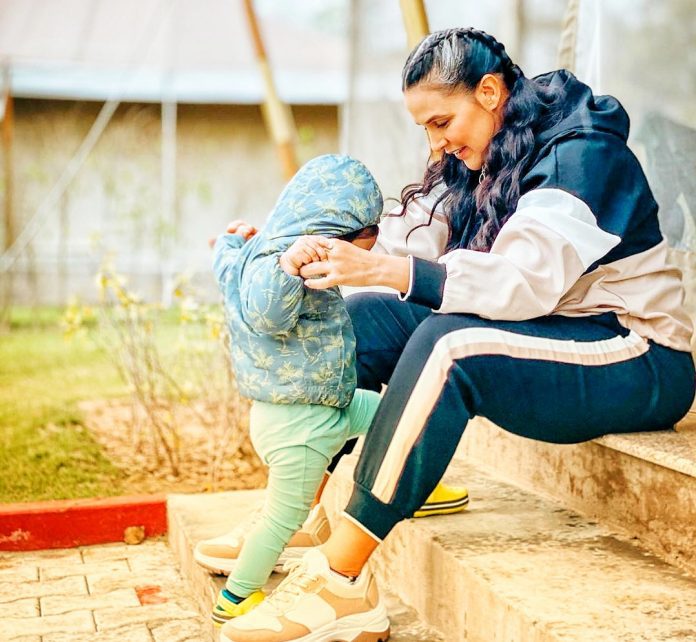 Neha Dhupia who was born on 27 August 1980 is an Indian actress. She worked in various industries like Hindi, Punjabi, Telugu, Japanese, etc., she is also an international actress.

She is a model and a judge in MTV Roadies since 14 Season. She won the Femina Miss India pageant in 2002 and one of the top 10 contestants in miss universe pageant. That was held in the same year. She appeared as a model in a lot of advertisement She acted in the TV serial also.

When her daughter turned into 16 months old she took to twitter to celebrate the day. So she shared a picture of her daughter enjoying some playtime with her. That picture was so cute to see. In that picture, both mother and the daughter are seen dressed in hoodie and leggings set.

Recently her daughter turned into 20 months old. She actively sharing her daughter pictures and videos in social media.

Neha Dhupia happily posted her daughter motor learning skill on Sunday morning on her social media page. She shared the cutest videos with her fans.