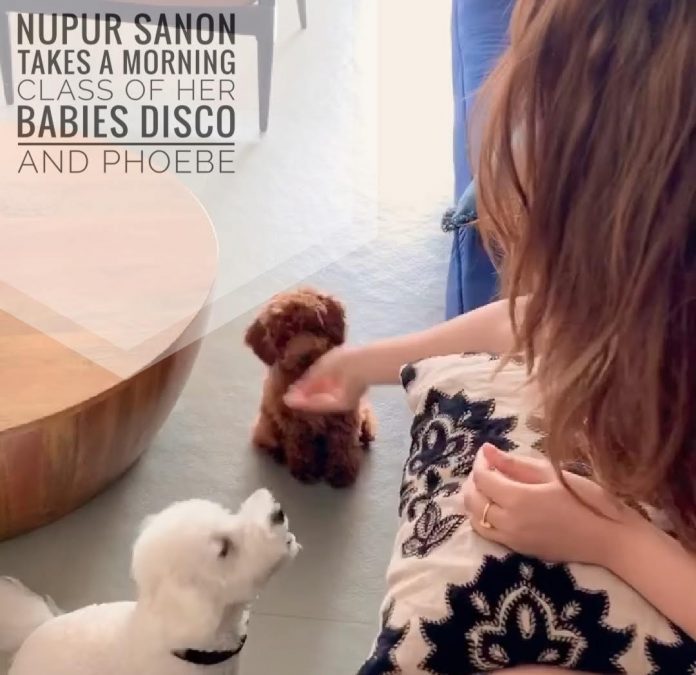 Popular Bollywood actress Kriti Sanon’s younger sister Nupur Sanon has welcomed a new member in her family. This new member is a cute pup named Phoebe. The news was shared by her on her official Instagram account.

Nupur already has a dog named Disco, and now Phoebe is the new addition in the family. While Disco is a white toy poodle, Phoebe is also assumed to be belonging to the same breed. Her name is said to be inspired by the iconic character of the same name played by Lisa Kudrow in the hugely popular 90s sitcom ‘Friends’.