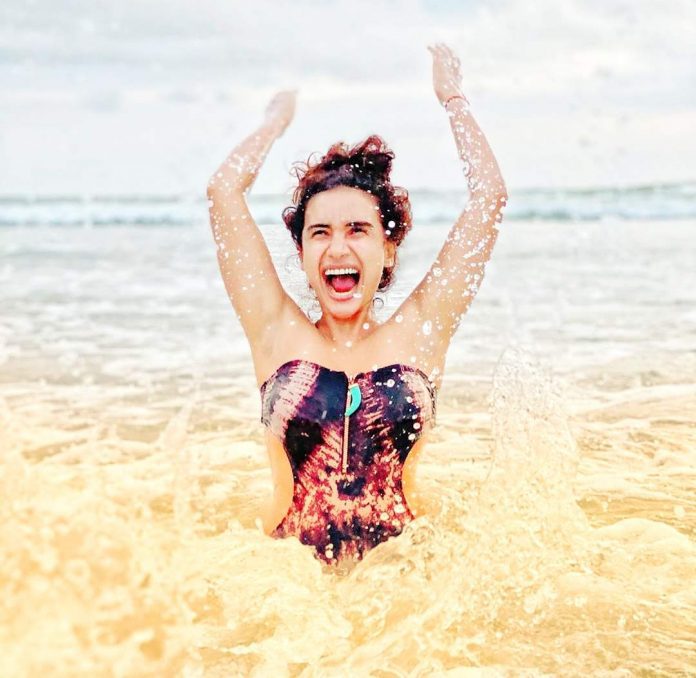 Always a water baby, Partralekha is seemed to be enjoying her Sunday afternoon in her pool. Fully immersed, with only her face outside of it, she looked stunning in her yellow and leafy blue coloured bikini. As she says, her star sign Pisces has made her fallen in love with water and she could be seen wearing a bikini, posing for pictures on beaches and pools. In her new Instagram post, her caption says, “Patra aur Pani ki Ek aur Kahaani. Kabhi Samundar Toh Kabhi Pool ki Rani🐬”

Patralekha is an Indian actress got to fame after her debut film Citylights by Hansal Mehta along with actor Rajkumar Rao.
Born to a Bengali family as Anwita Paul on 20 February 1990, she chose Patralekha to be her real name. Her grandmother gave her this name which she used in her stage players.

She was very active during her school days. As an all-rounder, she used to take part in sports like horse-riding, swimming and basketball. She chose acting as a career against her parents will as they wanted her to be a Chartered Accountant like her father.

She started dating the National Awards winner Rajkumar Rao since 2014.