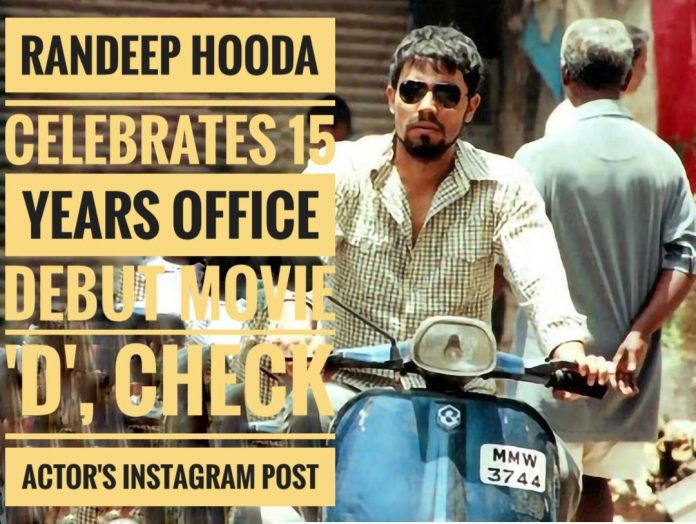 Randeep Hooda made his Bollywood debut in a film ‘D’ Directed by Vishram Sawant the film hit the screens back in 2005 on June 3.

Show celebrating 15 years of the film who that took to its social media to share a post about it.

He shared a post from his film where his character Deshu is seen riding on a scooter.

In the picture, he posted he is dressed up in a yellow and grey check shirt.

‘D’ is a crime drama directed by Vishram Sawant which was released in 2005. The star cast in the film was Rukhsar Isha Koppikar and Sushant Singh along with Randeep Hooda.

The story of the film revolves around a witness to a murder, Deshu, gets caught up between the cops and criminal gang the film follows his struggle to take over the gang and crowned himself as the king in the underworld.

With this, he also writes #D #15 years of D My #bollywood debut.