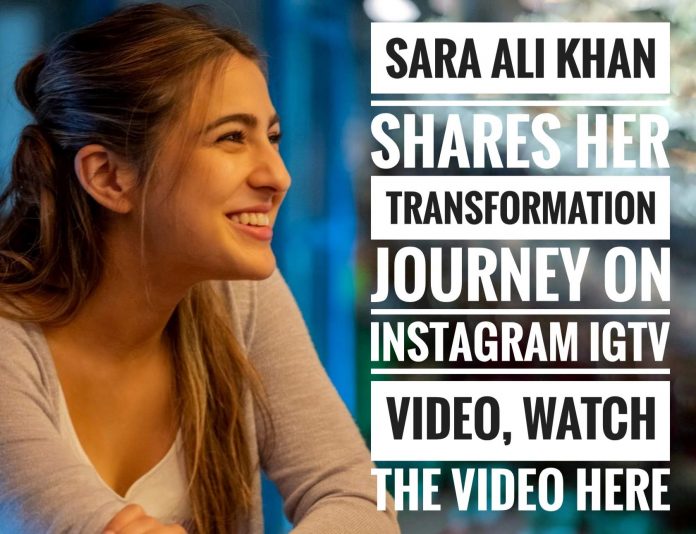 This news is about a funny video on Instagram posted by Sara Ali Khan. Instead of lockdown, everyone spends theirs by using social media. Bollywood stars are special in that , they make their fans entertained by posting funny and also thought-full videos and pictures. While Sara Ali Khan is a Bollywood actress known by all.

The video starts with Sara’s smiling face and she is sitting on the top of the rock. Then she started doing Pilates, some Cardio exercises, swimming in the ocean, riding bikes and throwing some punches on the hand of his coach. It is amazing to see. It is the best motivational video for her fans. The video ends with a familiar video of her and her brother Ibrahim, acting out a dramatic Bollywood scene. It is noted that the clip was already shown at her Koffee with Karan debut.

Almost she has impressed all her fans. As soon as her fans started commenting. One of her fan wrote, “That workout transformation girl”. Another fan wrote, ” I have PCOS too. You’re my inspiration”. Sara also talked about her life with PCOS at her debut in Koffee with
Karan. She said, ” I was 96 kgs. ‘It will be almost rude to call you fat’ is what you said. Actually, I had PCOD. I still do. And, because of that, I did. Because of that, there was also like a hormone problem”.