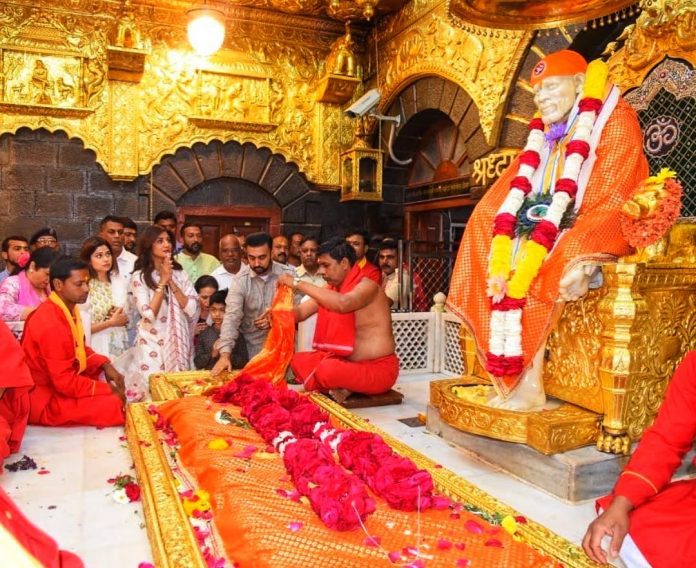 Guru Purnima is a tradition devoted to all the divine and academic Gurus who are enlightened and impart their knowledge to their students. On this auspicious day, various Bollywood celebrities took to their social media handles to thank their own gurus.

Shilpa Shetty who is quite active on Instagram also posted a picture and paid a tribute to her own Guru. She posted a picture of herself sitting, hands folded in front of Sai Baba. In the caption, the actor wrote how faith in Sai Baba is the bedrock of her success. She further urged her fans to look inward and to keep unwavering faith and then the best will unfold.

The picture soon received loads of likes by her fans and other celebrities. On the work front, Shilpa Shetty’s movie ‘Hungama 2’ is going to release which is slated to release on 20th August 2020.

Apart from Shilpa Shetty, other celebrities also paid tribute to their respective gurus like Amitabh Bachchan who posted a picture with his father Harivansh Rai Bachchan and expressed gratitude in the caption.

Shilpa Shetty is just waiting for these two things and so we are, check here for the story