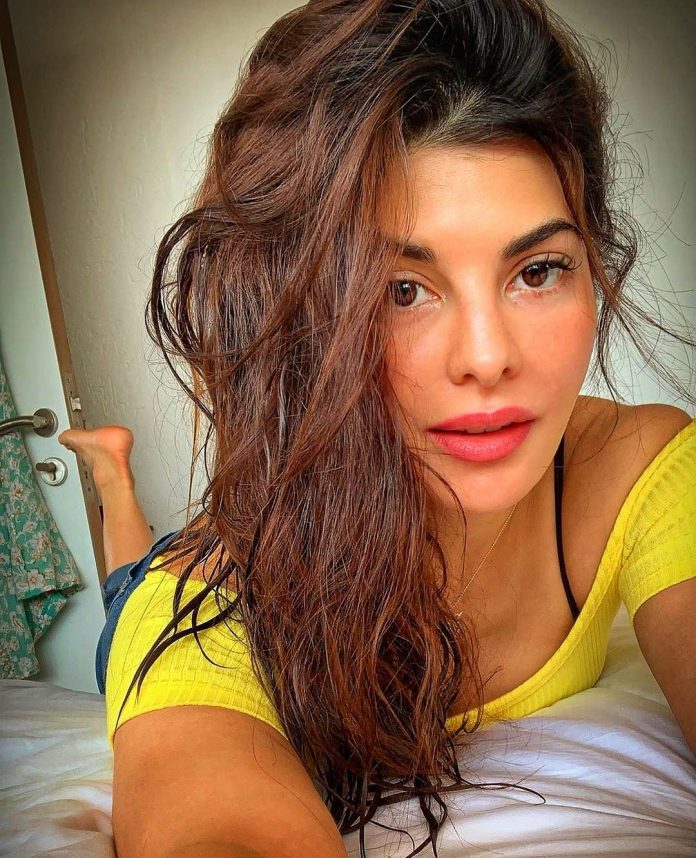 Bollywood industry has not only given a chance to Indian-origin girls but also to some girls who are not of Indian-origin. While most of the foreign-origin girls could not stay a long time in Bollywood, some have made a good reputation with their talent. Actress Jacqueline Fernandez is also such a star who has mesmerized everyone with their acting and dancing skill as well. She has lots of fan on social media and gets lots of praises for his posts. Recently, the actress has posted a selfie on social media. In the picture, she is looking adorable in monsoon season selfie on Sunday.

Jacqueline belongs to a multiracial family including Canadian, Sri Lankan and Malaysia descent. Before being an actress, she was a Sri Lankan model and was also the winner of Miss Universe Sri Lanka pageant competition held in 2006. She debuted in Bollywood with film ‘Aladin’. She came into limelight with the success of the film ‘Murder 2’. After that, she performed in many comedy as well as action films. Some of her films are ‘Houseful 2’, ‘Race 2’, ‘Kick’, ‘Houseful 3’ and ‘Judwaa 2’. She has been awarded IIFA award for Best Supporting Actress role in film ‘Race 2’.

Jacqueline Fernandez calls ‘Cinema the most beautiful Fraud in the world’, check here for the post