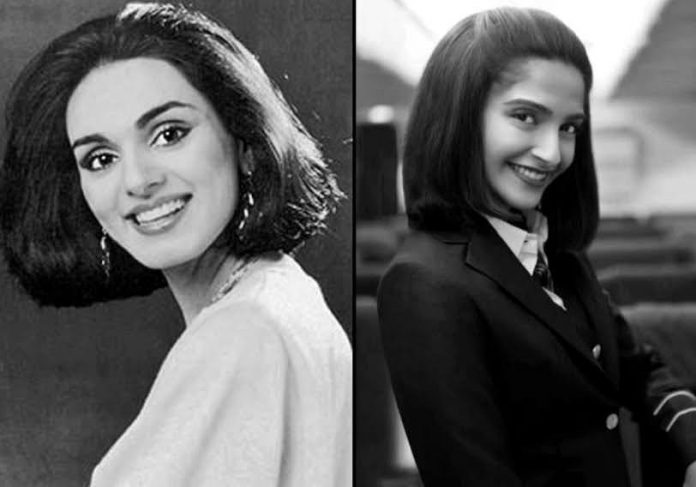 Sonam Kapoor Ahuja who portrayed the role of Neerja Bhanot in her biographical movie. The movie was a tribute to the braveheart flight attendant who sacrificed her life to save Pan Am Flight 73 passengers from the terrorists who hijacked the flight in September 1986. Sonam Kapoor Ahuja won millions of hearts through her acting as Neerja Bhanot.

Today on her birth anniversary, Sonam remembered Neerja and shared her beautiful throwback pictures and how she transformed herself for the role of brave lady. In the caption, she praises Neerja’s courage and remembers the memorable role on the silver screen and how was it a life-changing experience for the actor to play her role.

In her post, she captioned “Celebrating Neerja’s courage, charm and outlandish love for life- on her birth anniversary. Playing here was a life-altering experience for me, and I couldn’t have been more thrilled to have honoured her legacy in my own way. Every time I talk about Neerja, I just go on and on, and rightfully so- for her story till date, continues to inspire millions around the world! #NeerjaBhanot #HappyBirthdayNeerja”.

She even said that Neerja’s story inspires millions of people to date. She even shared a quote by Neerja Bhanot on her Instagram story.

Sonam’s first ever biopic was Neerja- a biographical thriller directed by Ram Madhvani for which she even won a National Award.