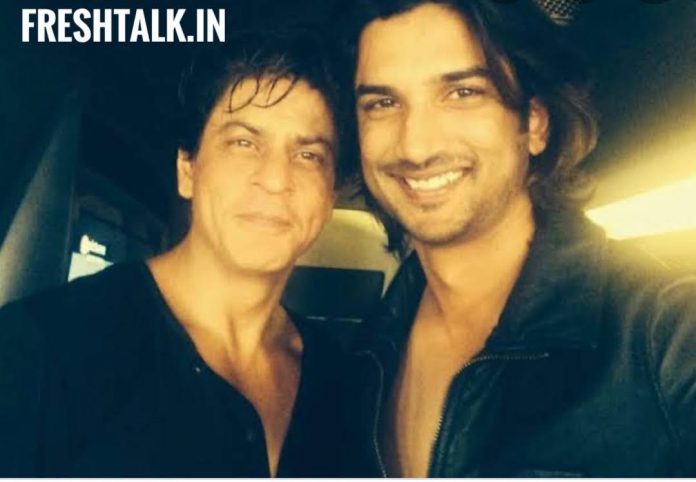 Life is unpredictable, What happens in the next second, no one can imagine. Bollywood is facing the worst in 2020. After Rishi Kapoor and Irfan khan shocking demise, B-Town has lost one of the gems, Sushant Singh Rajput.

The young star has struggled a lot from the TV Industry to Bollywood; his journey is Commendable. He has proved that your hard work pays you back. The hardworking star has earned a lot of name and fame at the young age of 34. The Popularity of Sushant can be watched with its top-ranked movies, M.S Dhoni, Chichore, and more.

But, As per the research, the actor is facing problems from the past six months. He is suffering from some depression issues and has committed suicide by hanging himself.

The Whole Bollywood is in shock now! One of the Biggest stars, Sharukh Khan, has posted “ He loved me so much. His energy, enthusiasm, and his full, happy smile. May Allah bless his soul and my condolence to his near and dear ones. This is extremely sad and shocking.

Sharukh khan is missing the actor and has posted his picture with Sushant. The click defines the bond between the two. Sushant your million dollar smile will be remembered always!

The actor is known for his cute smile and happy nature. But what happened was not expected! All his friends, relatives and his father is in shock that why he has taken such a big step. Nobody believes that such a cute and funny actor can commit suicide. His body is recently taken to the hospital for the postmortem. The reports will state the necessary details about his suicide.

Sushant has dedicated his last post to his mom. He was severely missing his mom. This news shows that money can’t buy your happiness. Your mental health is essential. After Sushant demise, the doctors have recommended people to share their problems with their dear ones and take care of themselves in this situation.

Sushant you will be missed by all! We love you for your versatile acting, and May your soul rest in peace.