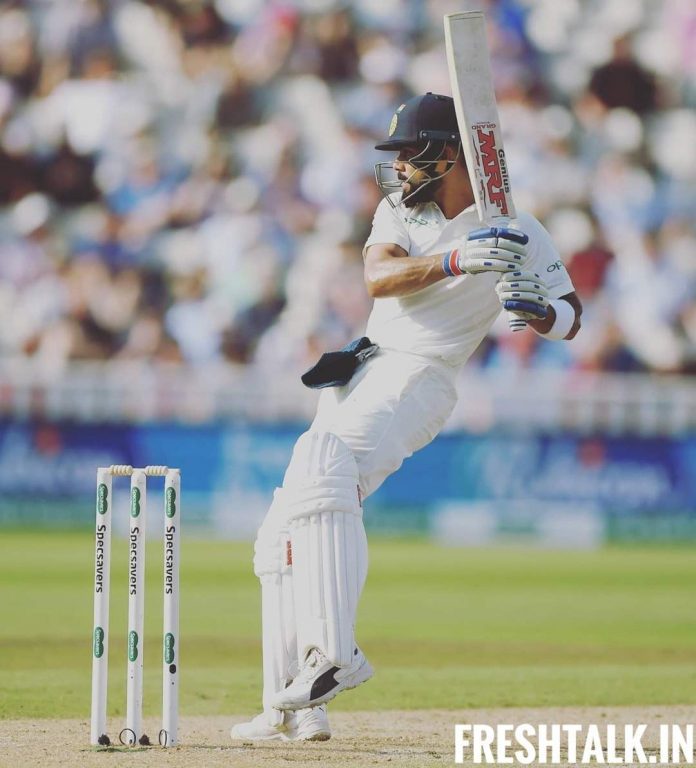 The 2014 test series in Adelaide proved to be an important milestone for the Indian cricket team, says Virat Kohli. Kohli shot to fame after leading India to glory within the Under-19 World Cup at Kuala Lumpur in early 2008. Since then he has kept his name and game at high levels.

Kohli had a painful Test series in 2014 in England. In those five Tests, Kohli was troubled by the English swing bowlers with James Anderson dismissing him fourfold in 10 innings.

Australia had scored 517/7 declared in their first innings, riding on centuries from David Warner, Clarke and Steve Smith. India replied strongly and scored 444, with Kohli contributing with 115.

Virat Kohli was largely troubled on the off stump line and was caught behind the stumps on six occasions (once by the keeper and five times within the slip cordon).

He smashed four centuries in as many matches and also instilled confidence within the team with their fighting spirit. India lost the series 2-0 but it had been the start of an era for Indian cricket. Kohli worked on his batting, took some tips from the great Sachin Tendulkar and is currently regarded as the best batsman in the world across formats.

He took to Instagram to write, “Throwback to this very special and important Test in our journey as the Test team that we are today. Adelaide 2014 was a game filled with emotion on both sides and an amazing one for people to watch too, Although we didn’t cross the line
being so close, it taught us that anything is possible if we put our mind to it because we committed to doing something which seemed very difficult, to begin with, but almost pulled it off. All of us committed to it.”

“This will always remain a very important milestone in our journey as a Test side,” he added. However, in 2018/19, under Kohli, India became the first Asian team to register a Test series win Down Under, defeating Tim Paine’s men 2-1 in the Border-Gavaskar Trophy.

Virat Kohli took over as captain in Test cricket as early as 2014 from MS Dhoni. He has gone on to transform India’s Test team into a daunting unit backed by their world-class pace unit.

Virat Kohli remembers his father on Father’s Day as he shares a heartfelt post, Check here for the post