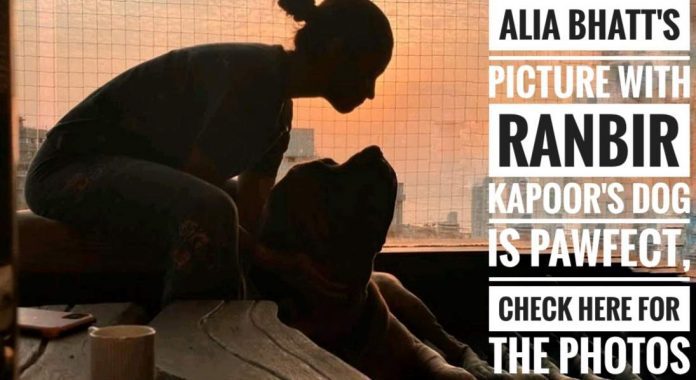 Actress Alia Bhatt, who is currently at home with her boyfriend and actor Ranbir Kapoor, made headlines for all good reasons.
Recently she even shared a picture of herself on Instagram where she was seen showing off her new haircut which was done by Ranbir.

Today, Alia shared pictures of herself where she can be seen striking a pose with Ranbir’s dog. The sun-kissed pictures might be clicked by Ranbir. Post the sudden death of veteran actor and Ranbir’s father Rishi Kapoor, Alia was also seen on his funeral. It seems like Alia is really enjoying her time with Ranbir and his dog.

In this picture, Alia wrote, “they make everything better”.
Alia and Ranbir will be seen sharing the screen together for the first time in Ayan Mukherji’s ‘Brahmastra’. The film was scheduled to release this year in December but due to the Covid-19 pandemic, but it seems like the release date might get postponed.
Alia was last seen in the film ‘Kalank’, ‘Gully Boy’ for which she also won the Filmfare Award for Best Actress for her performance.