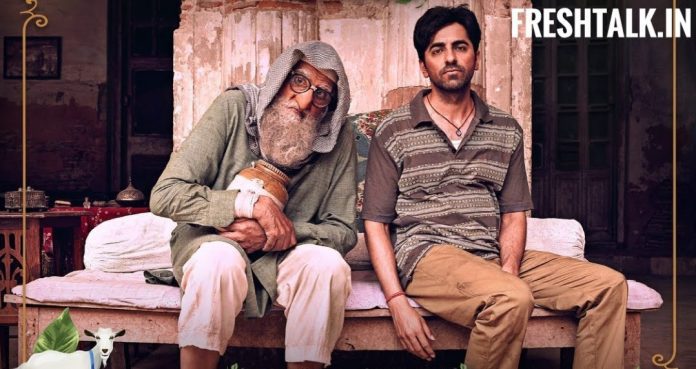 AS coronavirus is in no mood to go away soon, big banner movies started taking release on the digital platform instead of theatres.
After English medium, Amitabh Bachchan and Ayushman Khuranna starrer “GulaboSitabo” joined this wagon and got released digitally on Amazon Prime on 12th June. This quirky movie is directed by Shoojit Sircar and written by Juhi Chaturvedi.

In the film, Amitabh Bachchan is playing hunch back elderly who happened to be the landlord of tenant Ayushman Khurana in Lucknow. It is basically based on the nuance of daily life and shows the bittersweet relationship of lead characters.

As soon as it got released, fans started giving their overwhelming response to the movie and showering comments to praise the actors.
In response, Amitabh Bachchan took his Instagram account to thank his fans and posted “Thank you for the love with hashtag# GiboSiboOnPrime”.

As to promote movie, Amitabh bachcahan went extra length and asked everyone, tagged so many stars to take part in GULABOSITABO tounge twister challenge.