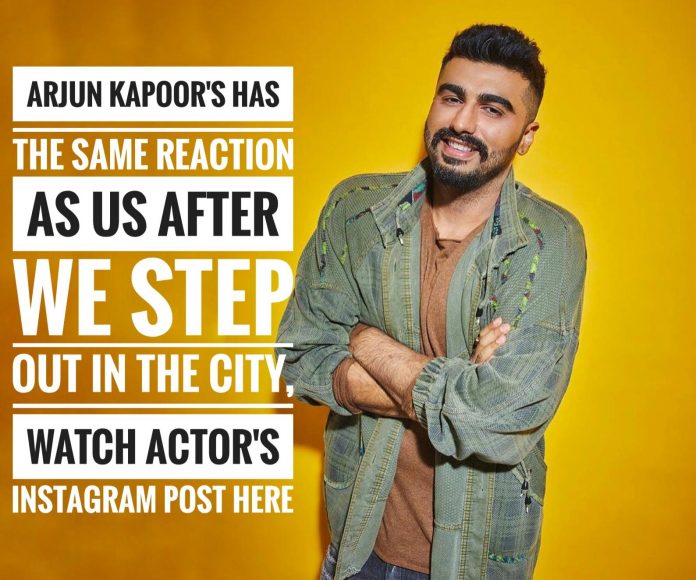 As we all know, Arjun Kapoor is an Indian actor who appears in Bollywood films. The son of film producers Boney Kapoor and Mona Shourie Kapoor, he initially worked as an assistant director on his father’s productions No Entry and Wanted.

Arjun Kapoor is very active on his social media handles. Recently, Arjun Kapoor shared a gif on his Instagram handle. While sharing the gif he captioned it as-“Me, when I’ll finally step out.”

Arjun has the same reaction as us after we step out in the city. Fans and followers flooded the comment section with interesting comments. One of them wrote- ‘Oh god so true’. Many of them dropped laughing emojis along with heart emojis.