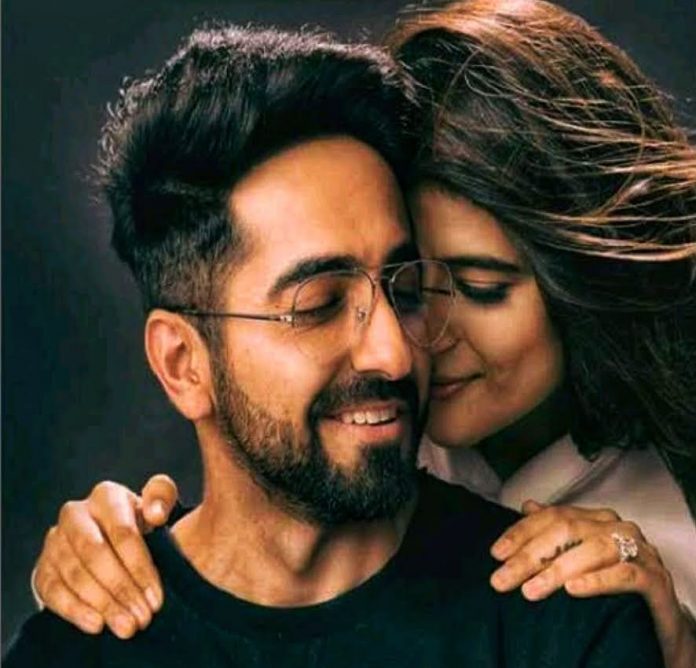 The top actor in Bollywood, Ayushmann Khurrana, he has always won the heart of his audience with his stunning performance in every movie. Talking about his wife Tahira Kashyap has a big hand in whoever Ayushman is today. At some time, both of them have seen very bad times in their life.

Tahira Kashyap fought strongly against cancer. She had breast cancer. All her hair was lost. This was the period when Ayushman was at the peak of his career. In this bad time, both of them supported each other. After that Tahira won the battle over cancer and Ayushmann Khurrana became one of the best actors of Bollywood.

The actor enjoys his fan following on social media and he loves to keep his fans updated and entertained with his social media updates in this pandemic situation. Taking about his Instagram stories, Ayushmann loves to share photos with his wife. And this time he has shared a beautiful candid picture of Tahira Kashyap with a beautiful song dedicated to her.

Ayushmann Khurrana and Tahira Kashyap fell in love when they were about 16 years of age. After a long relationship for 12 years, both of them got married in 2008. In an interview, Tahira told that there was a time when she wanted to end their relationship completely.

Along with that Tahira mentioned that she used to have so much trouble with Ayushman doing intimate scenes onscreen and for her, it seemed very strange at some times. During those days she was pregnant and she regularly feels mood swings of emotions. Ayushmann did not have time to listen to her and talk to her patients because he was very busy with his work and she did not have the patience to understand him. They feel like they were not close to each other even when they were near each other. He thought that I would not mind all these things. Also, I knew that he was not cheating on me. All I had to do was understand him as an artist.

Tahira also mentioned that there were many such moments that happened in her life when she wanted to end the relationship completely. Many times she made up her mind for this and thought that their relationship could not be forwarded any longer than this. She said that she gave up on relationship many times raised but Ayushman was the one who was not ready to give up on their relationship. He never left her. They fought against cancer and both won this battle and talking about Ayushman’s career in the industry it has been a major struggle for both of them. But now they are setting major couple goals together.